Man on a Stake 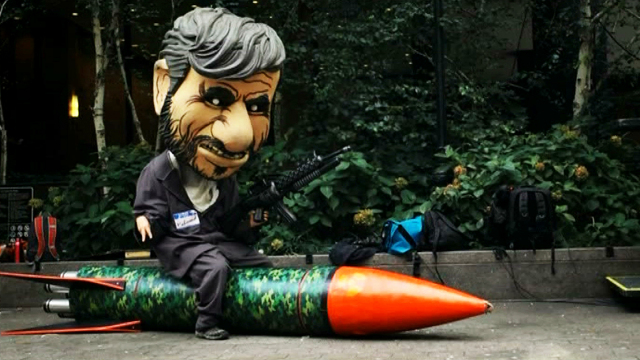 Before the UN General Assembly had even begun serious debate, anti-Semitic remarks by Ahmadinejad had ignited a firestorm of controversy. As tensions simmer, this report looks at both sides of the story.

Speaking on the holiest of Jewish holidays, President Ahmadinejad's inflammatory remarks at the UN came as a serious affront to New York's Jewish community. Yet Iranian Foreign Minister, Ali Akbar Salehi, insists that on the global political stage, "everyone should be given the chance to give his views" and dismisses claims that Ahmadinejad is being deliberately inflammatory as "absurd". Abe Foxman of the Anti-Defamation League argues that the American press airing his offensive views is equally contentious. "Here is a head of state engaging in language similar to that of Hitler, who publicly says that we'll wipe out this country of Jews, yet he sits with CNN. I find it frightening."
FULL SYNOPSIS
TRANSCRIPT