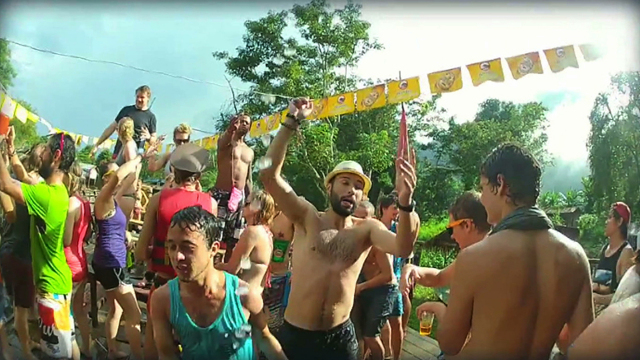 When Laos opened its doors to tourism, it wasn't prepared for the problems that followed. As the government cracks down on party culture, businesses dependent on tourism are worried for their livelihoods.

"They could have stopped half the deaths if they brought in control," explains Steve Sampson, a local business owner. For several years his bar was a hot spot for the swathes of backpackers attracted to Vang Vieng by its elaborate rope swings and risky riverside stunts. But following numerous deaths, these attractions are a distant memory and the local economy is suffering because of it. "If they used their brains and controlled it then we'd have no problems and all of the Laos people would be happy because we're making money." But some are happy to see the party come to an end. "We don't want them getting drunk and going crazy," explains a local. "We want to teach them our culture."
FULL SYNOPSIS
TRANSCRIPT