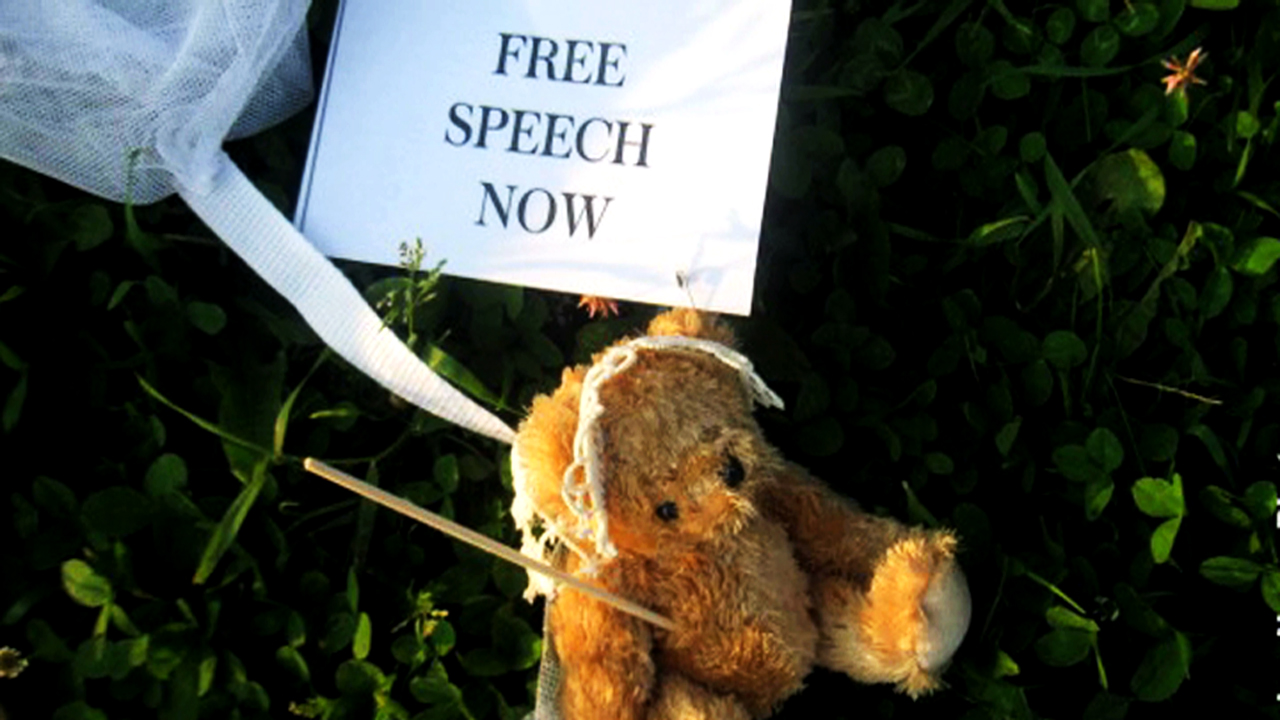 When a Swedish ad agency dropped 800 teddy bears armed with pro-democracy messages over Belarus, the state denied the event had ever taken place. This is the exclusive story Lukashenko didn't want you to see.

After shooting this report about Studio Total's infamous teddy bear drop, reporter Amos Roberts was detained by the KGB and his laptop, camera and hard drives were confiscated. Luckily he had already smuggled out his footage. "The situation in Belarus is completely hopeless," explains Swedish ad man Per Cromwell. Despite photos of Studio Total's pro-democracy teddy bear stunt promptly surfacing online, the state initially refused to acknowledge it, describing it as "faked enemy propaganda." This report explores the drastic lengths the state went to to cover up the story. "They were at a loss, so this absurdist theatre began where crowds of adults from the special forces were hunting tiny stuffed bears..", one Belarussian journalist explains. Many argue that President Lukashenko's pride is to blame. "Everybody is laughing except for the President."
FULL SYNOPSIS
TRANSCRIPT