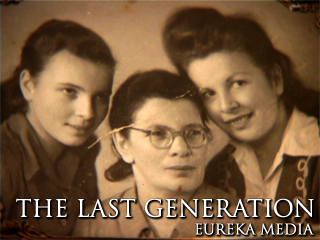 Zabno, a small town in Southern Poland, was a haven for Jewish families until WWII broke out. In this moving report, we hear the disturbing stories of people who experienced Nazi cruelty first hand and see just how fresh the wounds left by the Final Solution still are.

Although many Jewish people from the former Krakow Province of Zabno were transported to concentration camps such as Belzec, this moving film focuses on those who were left behind - murdered in their own gardens and buried in unmarked graves, and the lucky few that managed to escape. But were they really lucky? Through startling and frank accounts of their experiences, a small group of surviving women recount how they suffered terrible beatings at German hands and watched with horror as their families were taken away to their deaths. "From that moment everyone thought about leaving the town". Yet even for those who escaped, their ordeals were far from over. "You could say animals lived in better conditions," one woman recalls, remembering the filthy barn she shared with nine others for over two years. The atrocities they suffered are only made more potent by the passing of time: "The worst thing is, we know we're the last generation of witnesses."
FULL SYNOPSIS