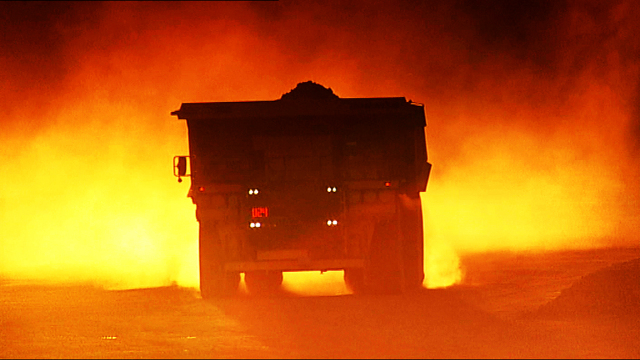 Mongolia is the new frontier in a massive, break-neck speed resources rush. But as it races to take advantage of Chinese demand, helped along by Rio Tinto, what is it getting from digging up the steppes?

Genghis Khan must be rolling in his grave as foreigners arrive in Mongolia to plunder his once mighty domain. Australian miner Rio Tinto is about to open one of the biggest copper mines on the planet in Mongolia, which will soon account for more than 30% of the country's entire GDP. "Some of the optimistic geologists we have say that this business could run for up to 100 years", Cameron McRae from Rio Tinto explains. But the company only cedes the Mongolian government a 34% stake, provoking worries about where the benefits of Mongolia's resource wealth will go. There's concerns the government is ill-equipped to strike complex mining deals in the national interest. "The deal is a financial transaction and whether it's really beneficial to Mongolia, I have many doubts about that", argues Dorjdari from the Responsible Mining Initiative. Environmentalists also worry that the mining push has come so fast and so aggressively that proper checks and balances are not in place. "Most tourists come to Mongolia because they want to see that pristine open space blue sky, but what if we couldn't offer it anymore?"
FULL SYNOPSIS
TRANSCRIPT