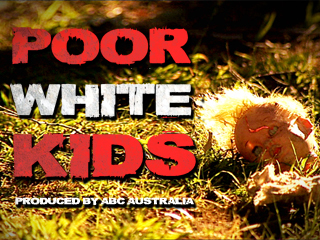 What does it feel like to be poor in the midst of plenty? This heart-wrenching documentary drops us into the middle of a welfare ghetto in high-flying Australia. We hear from the adult world all the time about what poverty is and how to fix it, but this film delves into the world of the children who experience it and provides a devastating critique of modern inequality in the wealthiest of nations.


As social experiments go, Claymore was a disaster. The New South Wales government built this public housing estate in the 1970's and filled it with people from Sydney's poorest families. The planners created a welfare ghetto. Today it's one of the most disadvantaged suburbs in Australia; it also has the highest proportion of young children anywhere in the country. But poverty in wealthy Australia is not limited to Claymore. "2.2 million (Australians) live below the poverty line, more than 600'000 children under 15 live in households where no-one has a job." In a welfare culture where government support from 'Centrelink' is the only source of income, many children from Claymore lack role models to look up to and motivation. Damian is worried about getting a job because he says his boss might yell at him. When asked what he will do if he doesn't work he says: "I don't know. Probably just stay home."

The area is plagued with drugs, alcohol addiction and crime. Witnessing the scene of a Motorbike that has been stolen and torched, Claymore's kids are obviously influenced by what they're seeing around them. One boy explains how if he had stolen the bike, he wouldn't set it on fire but he would just keep it instead. The kids seem to be paralysed by the stressful environment and many like Cheyenne find it hard to control their behaviour, "Everything just overwhelmed me and I went ballistic. I threw, kicked bins, swore at teachers..." In less than 1.5 kilometres live 1500 children. Do these kids really have a fair chance at mastering their destiny when their environment is so chaotic and dilapidated? When asked why there are so many fights, Vicky states, "Because it's Claymore. This is Claymore." When Teenager Alanah is asked if she thinks about her future, her response is rather fatalistic "No I just wanna take one day at a time because I don't know what's gonna happen in a couple of months, or even days."

Some of the children, like Dale, seem determined to battle their way out of their surroundings: "Anything is possible when you put all your heart into it. Just try your best." Cheyenne wants to challenge those who don't believe in her and said she wouldn't amount to anything. "I just want to prove them wrong. And prove to myself that I'm worth more than what they say I am. I can do it." A powerful and intimate narrative in a world cameras don't often get into. LEARN MORE.
WATCH MORE.
JOIN THE DISCUSSION.
FULL SYNOPSIS 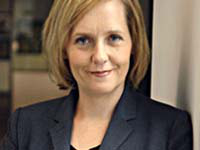 Sarah Ferguson joined Four Corners in February 2008. Sarah began her journalistic career in newspapers in the UK before moving to France where she worked for the BBC. In Australia she has worked for the SBS programs Dateline and Insight as both producer and reporter. For the past four years Sarah has worked for Channel 9's program Sunday. She has been nominated for four awards in the 2007 Walkley Awards for stories on the Garuda airplane crash, the Northern Territory Aboriginal Intervention and Broadcast Interviewing.