The epic rise and fall of Mr. Jelly Belly 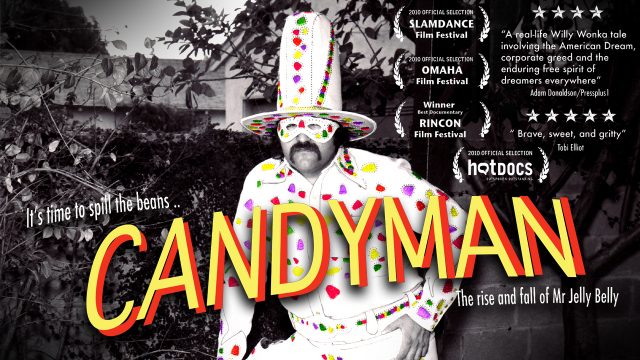 It's time to spill the beans. Candyman is the amazing story of the candy inventor from LA who in 1976 had a billion-dollar brainwave and invented the Jelly Belly bean. The small, colourful beans came in many bizarrely realistic flavours and were a radical, pioneering new sugary product that took the world by storm. This funny, off-beat tale tells how David Klein, the Willy Wonka of the Jelly Belly bean, created and was then exiled from his own candy empire.

"The industry was boring, it lacked flavour, it lacked colour and imagination, it lacked creativity and Dave was there to provide all these things". As one old pal tells us, David Klein oozes an idiosyncratic charm and likeableness and was the perfect man to overhaul the flagging candy industry of the 1970s. His concept of a fun colourful new sweet was slow to take off but Klein hustled tirelessly and it wasn't long before his eccentric invention became a pop culture phenomenon. Once word got out about the product with its high quality and fun, unusual flavours, the orders came rolling in and at one point demand was so high that the company's production was behind by a whole year. "We made so much money on Jelly Bellys that at night my husband would put Jelly Belly money in a big box and take it home!" It became the ultimate family business, wife, mother-in-law, diabetic dog and all. The product reached such heights that the American President Ronald Reagan called them his favourite candy and helped catapult the Jelly Beans to fame. "There's a lot you can tell about a fella by the way he eats Jelly Beans!" was a Reagan catch phrase. Yet as the Jelly Beans took over the world, the vultures began to circle. Klein made some concessions and before he really knew what was happening he had signed over the rights for his product at a fraction of the value just as the company was about to explode. But Klein remains philosophical about the money that he lost, "Regrets? Once you sign it what are you going to do? You get on with the rest of your life". But what leaves the most sour of tastes in Klein's mouth is that as Jelly Belly has grown into a billion dollar enterprise, the company has erased him from its history. All David wants is to be included in the story of the Jelly Bean. "All David ever cared about was the recognition." But not only was he forced to part with something he truly loved and that defined him, he was also divorced from its legacy. The film is all about both sides of the American dream. Is there room for eccentric genius in the modern corporate world? The film tells how Klein may have lost his beans, but kept his soul. LEARN MORE
WATCH MORE
JOIN THE DISCUSSION 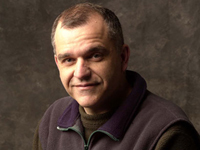 Costa Botes (Director/Producer) is a film-maker based in New Zealand. He co-wrote and co-directed Forgotten Silver with Peter Jackson, a mock documentary about a fictional movie pioneer. He has since turned his talents to celebrating real life colourful characters. Costa also has a passion for guitar, banjo, and bluegrass. 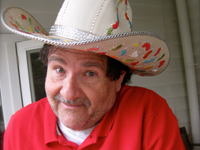 Bert sent me an email just saying check my father's blog, and I already knew his Dad had invented Jelly Belly, but never got much of an opportunity to question him about it. He [Bert] never really talked about it. I looked at the blog and it became immediately obvious that there was a story there. In archetypal terms, there was a man with a brilliant, creative idea, made a lot of money really fast, made a lot of people really rich, and then through a combination of his own foolishness, and his own personal weaknesses, allowed himself to be manipulated out of that particular venture and lost control of it.