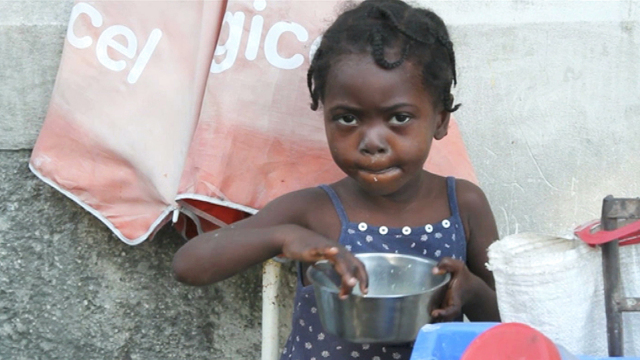 Hurricane Sandy wrought an awful trail of destruction across Haiti. But despite the hardships brought on a country still recovering from the 2010 earthquake, the world seems indifferent to its woes.

"Recently Hurricane Sandy passed through Haiti and killed many people, crops were destroyed and livestock killed." Calixte, a blind Haitian, sings of the tragedies that have hit the country one after another. The Hurricane washed away roads, has spread cholera and most damaging of all destroyed up to 90% of crops in some areas. In a country already struggling with a food crisis, it has created fears of mass hunger. The UN and the Haitian government have launched a $75 million dollar appeal for aid, but farmers here are sceptical that they will get any help. "If aid comes to Haiti after a disaster you only learn about it from the radio." Haiti now imports half of its food, but as its people become increasingly impoverished they struggle to pay for imported rice. "I've lost my job. I cannot eat", one survivor despairs.
FULL SYNOPSIS
TRANSCRIPT