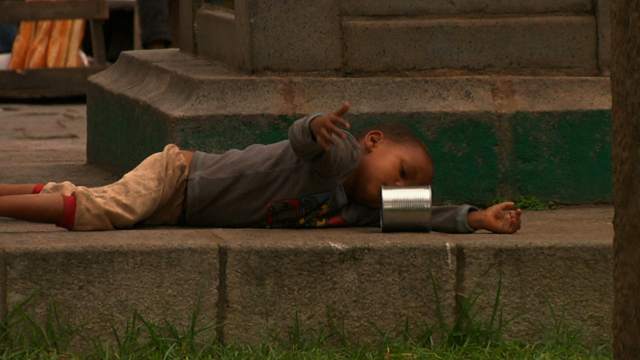 Using undercover filming, this powerful investigation exposes a booming child sex trade. In the hub of Madagascar, one of the world's poorest countries, prostitution is seen as an unavoidable means of survival.

"My daughter was at school, I had no money and no job so she decided to become a prostitute. I finally decided not to stop her," says one mother, who like many others are now forced into prostituting their own children. With daily flights from Europe bringing sex tourists to Madagascar's chaotic capital, some as young as eleven are selling their bodies. Authorities claim to be tackling the problem but it's the local residents - mainly children themselves - who are trying to find solutions to this adult scourge. "If it happens, we warn the police that we have seen foreigners with underage girls and they then alert local tourism officials." Jeannoda Randimbiarison, a social worker for UNICEF, says the authorities lack the will to do what is necessary. "If the law is not enforced in Madagascar it will all continue. It is like we are conducting a genocide of Malagasy children."
FULL SYNOPSIS
TRANSCRIPT