Burma: Encounters in a Forgotten Country 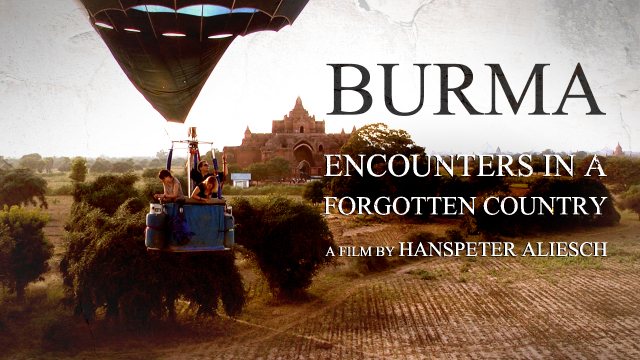 Multi-coloured hot-air balloons glide serenely over the lush Burmese countryside. Winding waterways, placid lakes and ancient temples pass underneath as excited shouts ring out, "look at the balloon!" The isolated and primitive world of rural Burma eagerly absorbs these alien objects that soar overhead, providing a rare and beautiful vision of a forgotten land, full of mystery and magic.

Fishermen release the balloons and watch them float away in wonder, as they rise from the placid waters of the wide lake into the clear blue sky. Standing on the end of his narrow fishing boat, expertly controlling the oar with his leg, one fisherman casts out his nets as he reflects on the balloons and Burmese life. "Yes, sometimes I wish I could fly. But happiness is out of reach for us. We are poor, so it is just a dream." This image is the one that defines Burma. Unimaginable beauty, a caring and philosophical people and grinding poverty. From above, the temple peaks that pierce the thick forest look like a stretch of forgotten cities at the heart of the jungle. Yet look closer and between them shabby dwellings with corrugated iron roofs crowd among the trees. Here the people live an isolated life that for the most part depends on sustenance farming. Ko Thein Oo climbs high into the tall palm trees to harvest toddy sap. It's gruelling, hard work that needs to be carried out every day, because "palm sap is sweet in the morning, but gets sour by midday." It's what he's done since he was twelve years old, eking out a living high in the tree tops. From the stone Buddha carvers in Mandalay, to rural rice farmers and the old ladies sitting cross-legged amongst antique machinery in the dye works, those earning as little as 30 cents per day struggle in a setting of transcendent splendour. Like the people of the Inlay lake system, who've built their houses on stilts in the middle of the lake and travel on teakwood rafts through the labyrinthine waterways. From the balloons above the sight of lines of tomato plants creating a floating garden on top of the lake is a scene from another world, pulled from fantasy. Survival in paradise is hard, but the people here remain reflective about that. "Overall we earn about $2,500 per year. We can live, even if we don't make much profit." This aerial adventure through Burma is a stunning and revealing journey, opening up the world of a people who've remained isolated for over half a century. Offering a stark contrast to the world outside, it presents a beauty unattainable in the developed world. But it also offers a unique perspective on the reality of living in an undeveloped Eden. LEARN MORE.
WATCH MORE.
JOIN THE DISCUSSION.
FULL SYNOPSIS 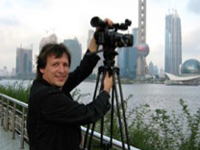 Hanspeter Aliesch is a producer, editor and director from Zurich, Switzerland. He is currently one of the most active S3D producers in Switzerland. After founding MUVI AG in 1986 he has won many international awards for commercial and corporate videos. He has accompanied the balloonist group to Burma time and again since 2001. That year, during the third balloon meeting, he produced "Flying over Buddhas Paradise". 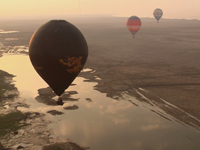 An international balloonist group first visited Myanmar In 1998. Undeterred by critical press reports about the military regime, they wanted to get a birds-eye view of the country  to see for themselves what was actually going on. They have been coming every year for thirteen years now, and first encounters have turned into lasting friendships. But what impressions do these fiery hot-air balloons from afar make on the people here? Do they awaken their dreams, their yearnings for freedom? And how do the people of Burma live their day-to-day lives? In 2011 we accompany the thirteenth Myanmar Balloon Meeting, and meet various people wherever the wind happens to take us.