Under the skin of Junior Bauwens 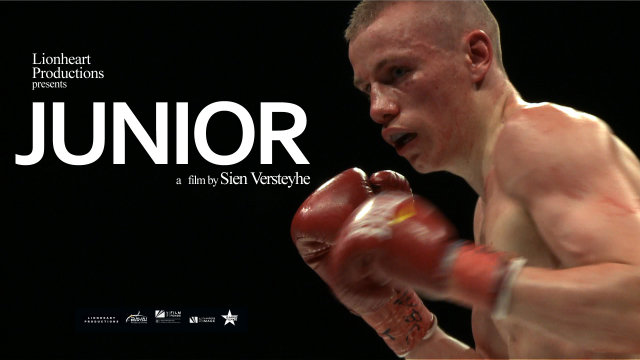 Why are people so interested in Junior Bauwens? One, because he's world junior lightweight boxing champion. Two, because he's got a very special family. He is the oldest of 7 siblings, four of whom suffer from autism. Against this backdrop Junior doesn't just fight to win titles; he is fighting for a better future for his family. But the weight of responsibility that comes with both sides of his life is intense and tragedy is never far away for this most incredible of champions.

"Ladies and gentlemen, here he is Jean-Pierre Bauwens Junior!" The presenter shouts as Junior struts around the ring wearing his t-shirt "Everything 4 Mom". The fight springs into action as the two young men trade blows. It's fast and frenetic and as Junior dodges and weaves, you can see he's a champion. A quick body blow, a couple of shots to the head and his opponent falls to the ground. The crowd goes wild and Junior collapses into the arms of his trainer and father. He's just won the junior lightweight boxing championship of the world. Cut to small town Flanders. Junior's autistic little brother Claude whimpers and shakes as Junior washes him and then helps him get dressed. It's the transition that Junior performs constantly. But for Junior this is the easy part, his life is all about boxing and family and the autism of his siblings is something he takes in his stride. What's not so easy is the financial side of his career. His promotion managers are as keen as Junior is to bring in some money, "It's a nasty thing to say but when it's a bit out of the ordinary, the press likes it. Can we exploit your family? It's a tricky question, but that's what they want". Junior sits there stony-faced. You get the sense this is something he wouldn't even listen to, but for the fact that he needs to help support his family. Like the ideal of a tough boxer he's a man of few words, but you get the sense as he spends time with his family, settles the business affairs with his father and prepares for fights, there's a lot going on beneath the surface. And then out of the blue of Junior's tough existence, the unthinkable happens. "Around half past three, police received a call concerning a shooting incident at the home of boxer Junior Bauwens." The news reporter says. It's Junior's father, shot accidentally by Junior's severely handicapped brother. At home, as little Claude squeaks and rocks back and forth on the chair, tears roll down Junior's face. And yet Junior shows no anger towards Claude. Sensitively as always, he helps Claude on with his shoes and says, "Little Claude", softly under his breath as he helps him into the back of an ambulance. An incredibly raw and powerful story, this beautifully filmed doc presents a story full of sadness and pain, but also a character strong enough to carry on his shoulders the expectations of a nation and his family. A month from his father's death he strides into the ring for the most important fight of his life... LEARN MORE.
WATCH MORE.
JOIN THE DISCUSSION.
FULL SYNOPSIS 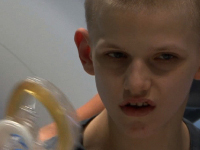 Wouter Sap is managing director and founder of Lionheart. He earned his credits producing the documentary Can a Man Change The City (directed by Manu Riche & Sien Versteyhe), a Sancta Media production (tax shelter production section among others) and as a producer of the documentary JUNIOR, a Lionheart production. Both documentaries were made with the support of the Flanders Audiovisual Fund. Together with RITS, Wouter produced the documentary Femme de la rue, and is making the series Nooit meer dezelfde, a coproduction with CANVAS, supported by the Media Fund. He also provides expert advice to other production companies and is a member of Flanders Doc, the network of documentary film makers and documentary producers in Flanders, Belgium. 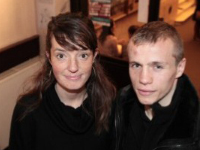 Sien Versteyhe is a Belgian director, who graduated with distinction from RITS in Brussels (Master in audiovisual arts  documentary). In 2004 she was employed by the Belgian television for a social economic television program. She then moved on to cinema and made Can a Man Change The City together with Manu Riche, a documentary about a Belgian artist, which was broadcasted by CANVAS. 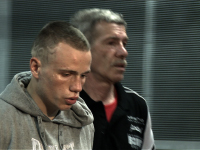 It was very hard. If you step in somebody's world, you get really close and you become friends and then something so dramatic happens, for me it was very hard. I was thinking of stopping filming and quitting everything but then after a while I talked to Junior and his mother and they wanted me to go on. So for me I needed that to go on.