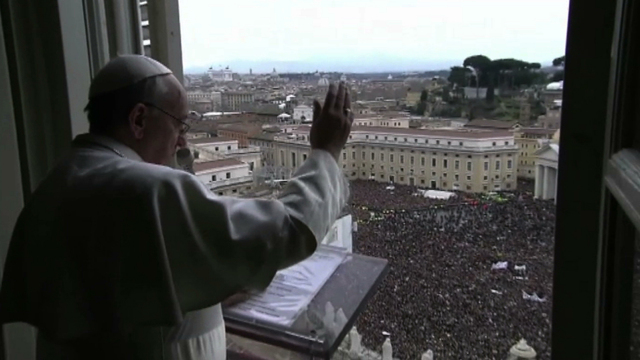 Where has Pope Francis come from and what can the world expect from him? We explore the controversy surrounding his journey from humble bishop to Pope and ask where Argentinians think he will take the Church.

Amongst his congregation, Pope Francis is known as a man of humble origins and personality and a local football club supporter. But his critics stress his conservative religious outlook. When thousands protested for greater reproductive rights and gay marriage, "he called forth a war in the name of God to end what he considered the devil's plan", says leading Argentinian activist, Esteban Paulon. The Pope's lack of active stance during Argentina's Dirty War and lack of cooperation in the post-war trials has left the victims bitter. According to Estela de La Cuadra of the Grandmothers of the Plaza de Mayo, "Bergoglio cannot deny knowing that pregnant women and children were disappearing".
FULL SYNOPSIS
TRANSCRIPT