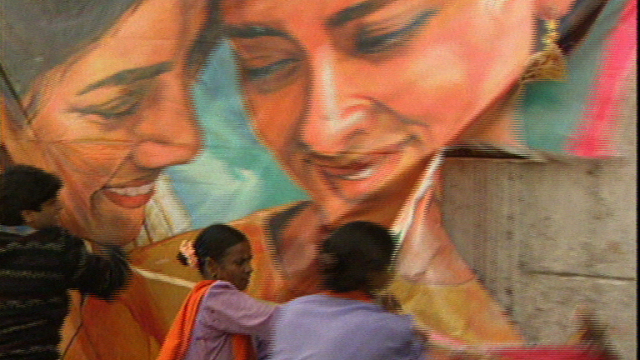 A lesbian love film has sparked months of rioting outside Bombay’s cinemas in an escalating battle between liberal, tolerant India and fundamentalism.

By western standards the film ‘Fire’ is a mild feature. A sort of eastern ‘Thelma and Louise’ about women’s independence with hints of lesbianism. But by increasingly fundamentalist Indian standards, the film is an affront to Hindu values. Angry mobs have smashed-up cinemas and issued death threats to the actors. The violent reaction has shocked the city which took pride in its liberal heritage. “I mean I would never have expected something like this to ever happen in Bombay. Never.” At the centre of the opposition is the fiercely conservative Shiv Sena party. It has held power here for 5 years with a combination of anti-Muslim propaganda and brute force. Loyal crusaders like Sadi Churi, have been leading the ‘agitations’ as she calls them against the film. “It’s unnatural things which our religion will never permit... we have to protest against this. It disturbs the social fabric.” For Gandhi’s grandson, the reaction to ‘Fire’ heralds a dangerous return to the conservatism of the past. “This is the same kind of propagation of lies and falsehoods that heralds the coming of fascism.”
FULL SYNOPSIS
TRANSCRIPT