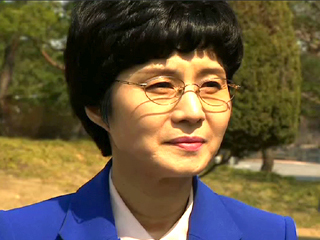 She is the femme fatale behind a rogue state's most deadly terrorist act. In this exclusive interview, Kim Hyon Hui reveals her experiences as North Korea's top female agent and discusses the nation's war cries.

"I was in no position to argue if a mission was right or wrong", says Kim Hyon Hui. In 1987, she successfully carried out a mission to blow up a South Korean airliner, killing 115 people. Sentenced to death in Seoul, she was later pardoned by the South Korean government, who decided she was merely a brainwashed victim of the Kim cult. In this exclusive interview, she recounts her journey from a bright teenager, hand-picked by the regime to become a deadly agent, to dealing with a life of guilt. "I regret what I did and I am repentant", says Kim Hyon Hui, who feels it is now her destiny to testify about the "terror perpetrated by North Korea".
FULL SYNOPSIS
TRANSCRIPT