South Africans are taking the law into their own hands 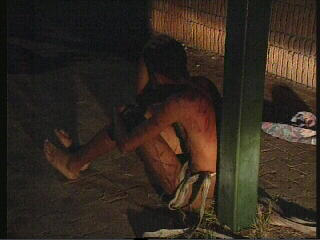 Some of her attackers live in her street and she now fears for her life. Frustrated that the police will do little to help she approaches the local taxi firm to help her get revenge. "Will you be satisfied and stop crying once we've beaten them?" the firm ask her. At 4am the girl points out her township tormentors to willing vigilantes. They strip the culprits naked, strap them to a lamp post and lash them. The girl herself gives the first stroke. The legacy of apartheid leads South Africans to such violence, when even the police disregarded their own laws. The mob ruled when it black against white. This past has depersonalised and dehumanised. The police stand accused of apathy but often they are frustrated by clever criminals. But unless the police earn people's trust, vigilantism may become the norm.