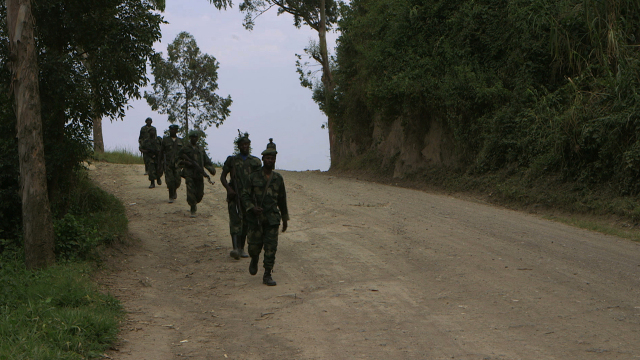 At least 200,000 people have been raped in DRC since 1996. With devastating frankness National Army soldiers confess to raping women and children in the towns they were supposed to be protecting from rebels.

"Raping gave us a lot of pleasure. When we rape we feel free", confesses a Congolese National Army soldier. He admits to raping 53 women and children, some as young as 5 years old. In this endemic cycle of violence, children born of rape are getting raped. According to Ida Sawyer from Human Rights Watch, the army commanders responsible for these horrific abuses are not brought to justice; instead they are often "rewarded and given positions of power and wealth". Efforts are being made to address this state of impunity; those in charge "must be pursued on a criminal level for these serious crimes", says the Military Prosecutor of North Kivu. But with the judicial system mostly fractured and forgotten, the only ones bearing the consequences are the victims. Their faith in the country has plummeted; as one victim says, "our army has looted and raped their own people. Our life in Congo has no meaning". This report was made with the support of the Pulitzer Center on Crisis Reporting.
FULL SYNOPSIS
TRANSCRIPT