The Quill and the Sword 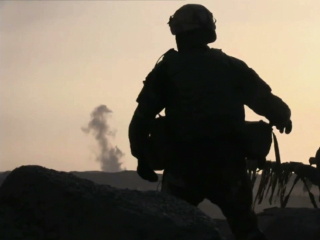 As French forces start to leave Mali, this report takes a spectacular journey through the country, exploring the aftermath of a reign of terror and asking whether the locals are confident the coast is now clear.

"When the Islamists took control it was like a ghost town, a dead city. Everyone was inside their houses, from fear of reprimand, fear of humiliation, fear of being brutalised, fear of violence" Hamadou Maiga says of life under the Islamists. He's back in Timbuktu, trying to help people rebuild their lives after ten months of occupation. But it won't be an easy journey; the fanatical Islamists left damage that cannot be undone. Ancient manuscripts from the 11th century, historic Mosques and Islamic shrines were all destroyed or desecrated because they did not fit with the invaders orthodoxy. The people have also been left with indelible marks. "They beat us 100 times. Four of them took turns, 25 each" Che says, describing the lashing meted out to him and his girlfriend when it was discovered they'd had a child out of wedlock. It was a reign of terror that meant when the French arrived they were welcomed in as liberators. The worry is that while the French have pushed the jihadis back to their desert hideouts, the fight in Mali hasn't ended. Terrorist attacks have replaced out and out warfare. "The great fear is that the Sahara will become like another Afghanistan, just a breeding ground for extremism and terrorism."
FULL SYNOPSIS
TRANSCRIPT