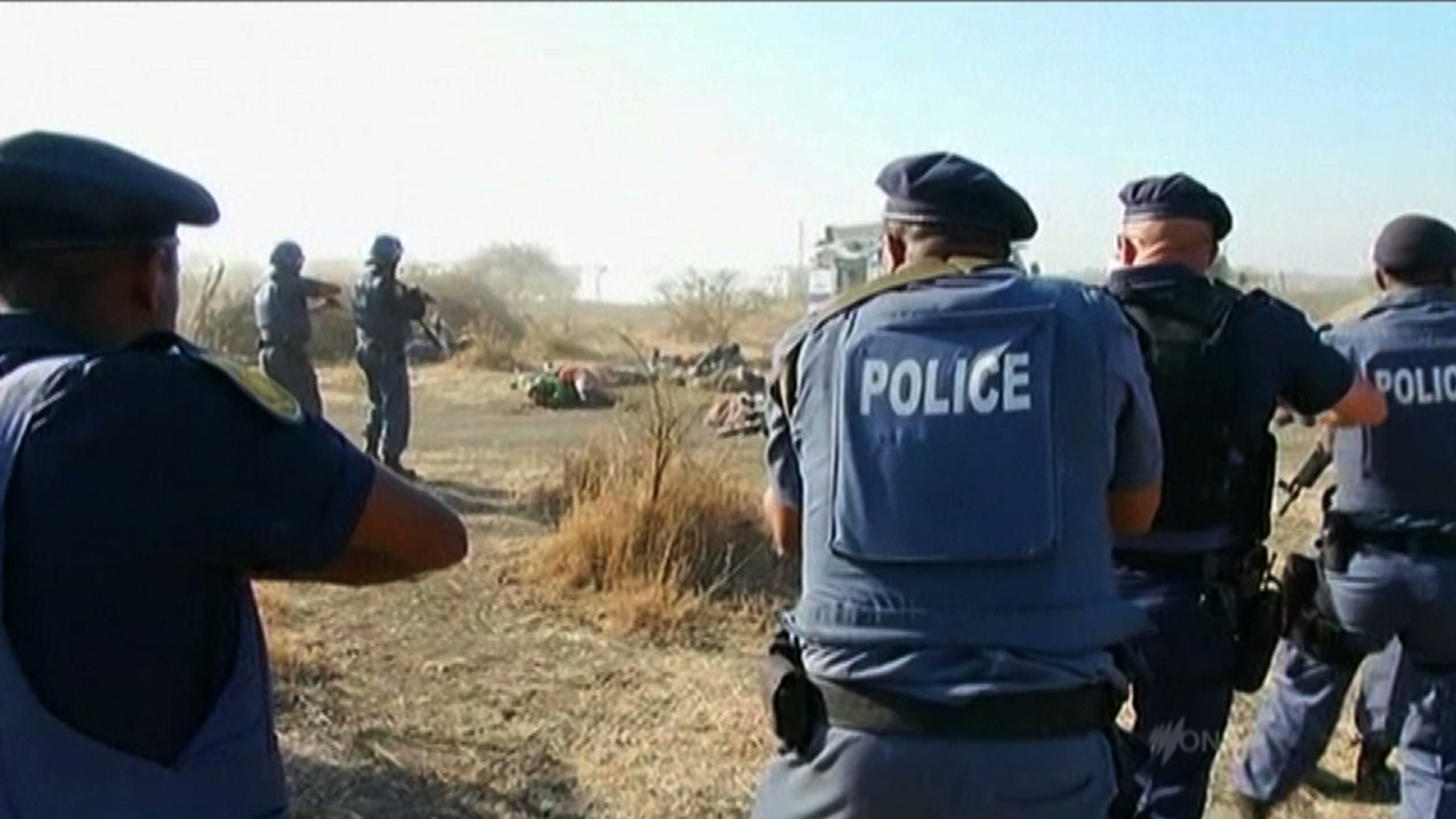 Last year the video of police shooting dead protesting miners in South Africa shocked the world. Since then serious questions are being raised about rampant police brutality. Are the authorities out of control?

"This government murders. They don't muck around," says Andile Nose, a drill operator present during the now infamous Marikana massacre. With scenes more reminiscent of the apartheid regime, the video of last year's killing of 34 people is only one of several to emerge recently showing brutality by the police, which many say has gone way beyond self-defence. The images of Ido Masia, a 20-year-old taxi driver from Mozambique, being handcuffed to a police van and dragged 400m along the road shocked the world."Everyone everywhere was crying. We had no power because they are armed with guns." The calls for a clampdown from victims' families and human rights campaigners are getting increasingly loud as they insist, "this is not an indication of one or two bad apples". With history seemingly repeating itself, can this police brutality be reined in before more lives are lost?
FULL SYNOPSIS
TRANSCRIPT