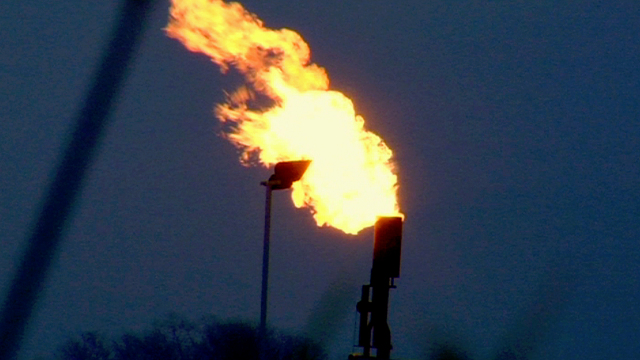 As the controversial practice of fracking spreads, Poland has found itself caught up in the global rush for natural resources. But local communities have heard the horror stories and are fighting back.

"It started to intrude on us last year. It was harassment and terrorising, threats of expropriation, financial fines...", says Edward Sawicki, whose organic farm sits on a gas hotspot. By embarking on a glossy PR exercise to win over hearts and minds, locals say the industry has presented a misleading image of fracking and even used the Church's influence to persuade people that it's safe. One local priest insists, "please do not translate this", as he admits to accepting a donation of 5,000PLN to bless a drilling rig. Despite being linked to a host of social and environmental problems, including serious water contamination, the industry maintains that it's the only way to extract valuable shale gas. "I've attended meetings in villages where companies have explained what is happening. So I don't believe people are being left in the dark", says Chris Faulkner, CEO of Brietling Oil & Gas.
FULL SYNOPSIS
TRANSCRIPT