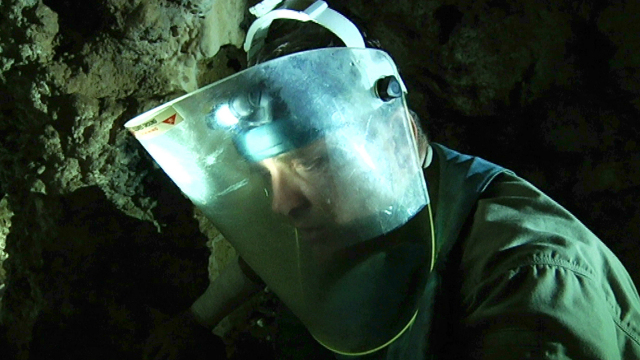 In just 4 years, 23,000 WW2 bombs have been removed from tourist haven Palau. Yet with thousands more littering the island, the legacy of battle remains a deadly threat to people, economy and environment.

"Over there in the mangroves is a 100kg bomb sticking out," points Steve Ballinger of de-mining organisation Cleared Ground. The inhabitants of the island are still coming to grips with the extent of the threat. Every search uncovers more bombs: in the waters, caves and even people's backyards. Acid leaking out of the bombs poisons the water and the animals that people eat. As the race to remove the bombs becomes more hazardous, this report captures the dangerous task of cleaning up an old mess.
FULL SYNOPSIS
TRANSCRIPT