An incredible photographic portrait of a lost America 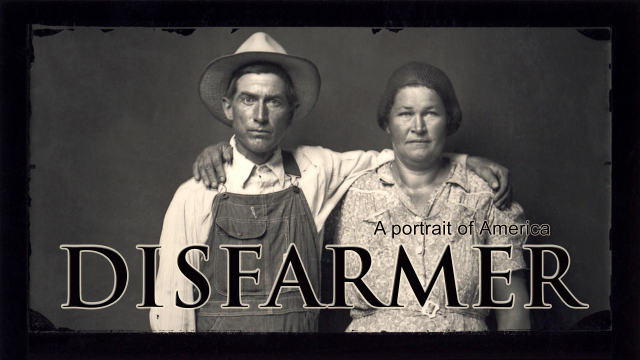 Mike Disfarmer, small town portrait photographer turned posthumous art star. This is the story of an eccentric curmudgeon and artistic icon whose powerful pictures of depression-era USA have left an unlikely mark on the modern Manhattan art world.

"They're all horrified. They're all completely frightened", says Dan Hurlin, as he describes Disfarmer's subjects, "they're sitting in front of this guy who's barking at them and they don't know what to do". But despite being a surly loner of few words, through his beautiful photographs Disfarmer produced a unique and definitive cross-section of what small town USA looked like during the depression, because, "whoever came in got his picture taken, whether it was the mayor of the town or the paper boy." What's astounding about the photos is their dynamism, the very tension between Disfarmer and his subjects bringing them to life. As the collector Michael Mattis says, from the country bumpkin scared stiff with her hair tied back, to the bemused trio of farm workers, the young boys posing like gangsters or the father and son with a dead deer, "The pictures are psychological bullets. They really go through the people and really capture what they're about". Disfarmer's eccentric personality drew out of people a realness and a presence, "Details you wouldn't find in a normal studio portrait". Incredibly, the photos were very close to never seeing the light of day in the modern world. "I noticed this package came in to my desk", recounts Julia Scully Editor of Modern Photography magazine. "That package sat on my desk for probably at least a week before I got around to opening it. Anyway, I did open it one day... and I was just astonished. I thought, "Who are these people? Who's this photographer?"" But as she was to discover Disfarmer is an enigma. As one local describes him: "He's a mystery and he'll forever remain a mystery". It's created one of the modern art world's great stories, as Dan Hurlin points out: "It's kind of a quintessentially American story, it's the loner who... is toiling alone and is completely forgotten and then turns out to be a genius." LEARN MORE.
WATCH MORE.
JOIN THE DISCUSSION. 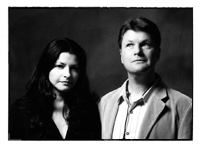 Dennis Mohr has over ten years of development and production experience in film, television and new media. He has been employed as a Special Consultant for the Miramax-Dimension Films and Ten Thirteen Productions feature film The World of Ted Serios, the true story of a hard living ex-bellhop from Chicago, who claims to be able to project his thoughts onto Polaroid film. His most recent feature documentary, Remembering Arthur produced for CHUM Television, Bravo! and TVOntario, about Canadian artist and filmmaker, Arthur Lipsett has garnered numerous accolades during the films world premiere at the Toronto International Film Festival in 2006, and screenings at the Museum of Modern Art in New York in 2007. Dennis is a member of the Society of Motion Picture Television Engineers (SMPTE), the Canadian Media Guild (CMG), the Documentary Organization of Canada (DOC) and The International Documentary Association (IDA).

Hava Gurevich is the Executive Director of the Disfarmer Project, an organization dedicated to preserving the legacy of the great American portrait photographer Mike Disfarmer. In 2004, she spend 6 months living in Heber Springs AR, collecting background research and oral histories on Disfarmer. In a sense she was the main link between the community in Heber Springs and the NY Photo community, having worked as the collection manager for Mr. Mattis. Hava's background is in Photography and Fine Arts, she has worked as a commercial photographer, a fine art college instructor and photo dealer in Chicago and NYC for many years before starting a traveling exhibitions company specializing in Photography.

Photo of Dennis and Hava by Thomas Petillo 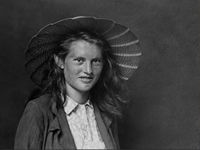 In 1976 a startling discovery was made in the art world  a cache of glass-plate negatives taken by a heretofore, unknown photographer who went by the name of Disfarmer. The pictures were arresting in their stark simplicity, uncompromising honesty, and haunting sense of immediacy; enigmatic, yet intimate, they possessed a strange power and quickly earned comparisons to the work of August Sander, Diane Arbus and Irving Penn.