The Road to Timbuktu

A road trip to Timbuktu while echoes of a recent war spar with the resilience of an enduring culture. 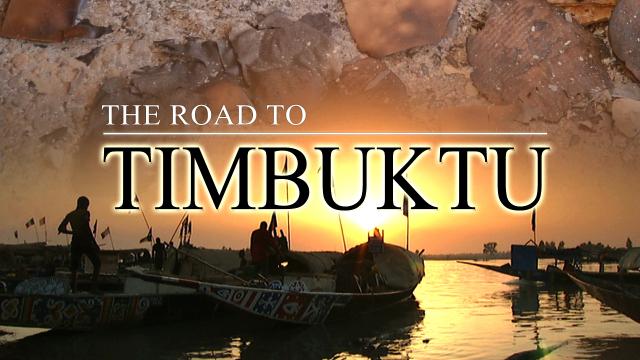 Timbuktu: once a byword for the middle of nowhere, so remote to be thought of as fictional. Today its mystical aura and unique association with their historical roots remains. In contrast many African cities have become dirt poor homogenised replicas of each other. But following the end of a prolonged Islamist occupation the airport is closed, and the city's only access route is a dangerous road journey. Once a tourist hotspot, we travel on a terrifying contemporary "new package tour to Timbuktu".

We accompany Azima on his journey home, and it is a bumpy ride. He seeks the old spirit of Mali and in a country constantly in danger we are met with a remarkably rich and healthy culture. They are happy to have been freed from the Islamists who briefly ruled. "Mali! Mali! Mali!" children chant joyfully, because "this is the Malian way,". Despite much uncertainty, The Road to Timbuktu offers many glimmers that Mali's vibrant cultural heart will not easily stop beating. It's an epic, spectacular 1,000 kilometre road trip through this seldom seen corner of the world. A place that's suddenly been catapulted into world attention as the latest haven for Al Qaeda. "Yes it was really a catastrophe. People were thinking, please France, come save Mali.". When the Islamists invaded, Timbuktu became a dead city: "Dead because everyone was inside their houses... from fear of being brutalised, fear of violence". Once renowned for its culture and colour, the rebels imposed draconian new laws: patterned clothing and music were banned. Worse was the terror they instilled in the community. Today Mali remains far from secure; a recently exploded car bomb marks the entrance to the city, A couple of days after the crew checked out of the only functioning hotel in Timbuktu, it was attacked and 11 people were killed in the fighting. It's believed more rebels are hiding out in desert caves just waiting for world attention to fade, before taking over again. Returning home after a year long absence, Mohammed Azima is excited. But his joy is tempered with uncertainty: "I'm so happy, and I'm a little bit afraid". With his family now living in a refugee camp in Mauritania, Azima wants to know if it is safe to return. With the constant sound of war planes overhead and news of suicide bomb attacks, he soon realises that many questions remain.
LEARN MORE.
WATCH MORE.
JOIN THE DISCUSSION.
FULL SYNOPSIS 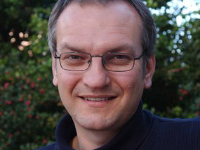 Eric Campbell is one of Australia's most experienced international reporters. In a 20-year career he has worked in more than 40 countries, specialising in Asia and the former Soviet Union. He was the ABC's Moscow correspondent from 1996 to 2000, covering upheavals in the former Soviet Union as well as the conflicts in Afghanistan and Kosovo. From 2001 to 2003 he was based in Beijing covering China, Afghanistan and Central Asia until he was wounded in a suicide bombing in Kurdistan in the first days of the Iraq war. After recovering from his injuries, Eric joined Foreign Correspondent as its Sydney-based roving reporter. 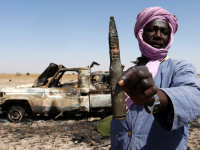 Foreign Correspondents Eric Campbell and cameraman David Martin take an epic, spectacular 1,000 kilometre road trip through this seldom seen corner of the world. A place thats suddenly been catapulted into world attention as the latest prospective haven for Al Qaeda.