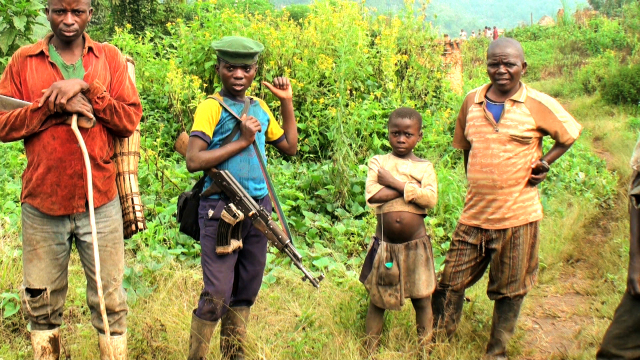 Deep in the remote terrain of Eastern Congo locals are being raped, killed and driven from their homes by FDLR militias. But now ordinary people have formed their own militias to fight back. The FDC is out to get Congo's rapists.

After the Rwandan genocide in 1994, the perpetrators fled into the Congo's remote Eastern region, exploiting its isolation and lack of development to rape, murder and prey on the local population. "Women fear the shame of being raped by the FDLR. Everyone stays in one place because they're afraid of being massacred", says one local. With no help from the government, people have been forced to form their own counter-militia, with boys as young as 13 swapping schoolbooks for AK47s. "The UN mission didn't succeed. So finally it was necessary for the civilian population to take charge." The cost of fighting has come at a high price, with many now eking out a desperate existence. Yet for many people the FDC remains their only hope. "We don't have a choice. It's the only thing we can do."
FULL SYNOPSIS
TRANSCRIPT