Beatrice Mtetwa and the Rule of Law

How to Fight a Dictator 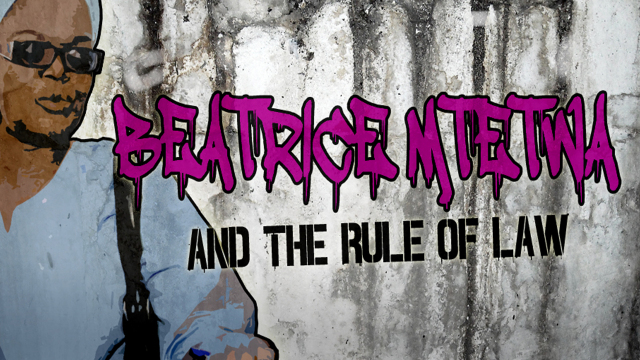 Savage police beatings, an absence of common law, and a corrupt judiciary form the backdrop for the work of a human rights lawyer in Zimbabwe. Beatrice Mtetwa has been waging a David and Goliath battle, her life mission to defend in court those jailed by the Mugabe government. This revealing documentary is an incredible snapshot of Beatrice's life on the front-line of a 20 year battle as Zimbabwe's civil society slowly crumbled beneath the oppressive weight of the Mugabe dictatorship.

"I have been beaten up from time to time and harassed but that's part of the terrain." It's shocking to hear this kind of coolness from Beatrice against the images of her covered from head to toe in bruises and welts from a police beating. Her bravery in the face of violence has been noted the world over. She is one of only two Africans to have won the Ludovic-Trarieux International Human Rights Prize, the other being Nelson Mandela. It's a mission she's undertaken out of hope for a better future for a Zimbabwe that has suffered great economic and social privations under Mugabe. As she puts it herself, "All of us want a basic education for our children, we want basic health facilities for our children, we want basic amenities in our home for our children." Her belief is that through trying to uphold the rule of law she can bring these desires closer to reality. So she takes on all cases where she feels the rule of law has been violated. From Jestina Mukoko, director of the Zimbabwe Peace Project who was detained for 89 days, for investigating human rights abuses, "I thought I had moved out of my body and I was watching this suffering woman from somewhere else. That's what the pain did to me". To Roy Bennett, an exiled political activist and White farmer. "If it wasn't for Beatrice, I'm sure they would have killed me in that prison. There's no two ways about it." Her fight has not gone unnoticed by the Mugabe regime and they seek to slander her at every turn. "I can tell you Beatrice Mtetwa is not a stickler for the law, she uses the law to push her political agenda." Jonathan Moyo from the Zanu PF party tells us. In fact the vitriol is so intense that after clearing Beatrice's client, foreign journalist Andrew Meldrum, the judge launched an extraordinary personal attack on her: "He read his verdict which was an hour long. It was 59 minutes of guilty... and half of the verdict was a character assassination of Beatrice." Here's is an inspiring story that breeds hope for Zimbabwe and yet her view of her own efforts is surprisingly modest: "This has to be done. Somebody's got to do it, and why shouldn't it be you?" Beatrice on the Fortune list of the world's 50 greatest leaders. LEARN MORE.
WATCH MORE.
JOIN THE DISCUSSION.
FULL SYNOPSIS 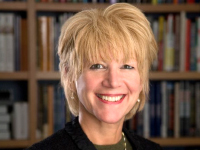 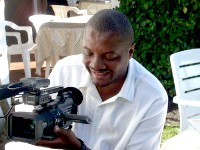 Hopewell Chinono is an independent filmmaker and Harare-based bureau chief for ITN-ITV, one of Zimbabweʼs few independent television stations. ChinOno was named CNNs African Journalist of the Year in 2008 and was a finalist in 2010 for the Rory Peck Award for A Violent Response, his film about the 2008 election in Zimbabwe. 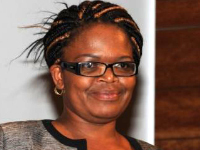 Our film seeks to highlight the importance of the rule of law by focusing on attorney Beatrice Mtetwas efforts in Zimbabwe. In spite of beatings by police, she has courageously defended in court those jailed by the Mugabe government - peace activists, journalists, opposition candidates, farmers that had their land confiscated, ordinary citizens that had the courage to speak up. Through interviews with Mtetwa and some of her defendants, we will tell the story of what happens when rulers place themselves above the law and why defense of the rule of law is a crucial step in the building of a civil society. Although Mtetwas arena is Zimbabwe, her message and bravery are universal. We hope that the film will spark dialogue and change in Zimbabwe and throughout Africa, while also bringing the story of this inspiring woman to the attention of the rest of the world.