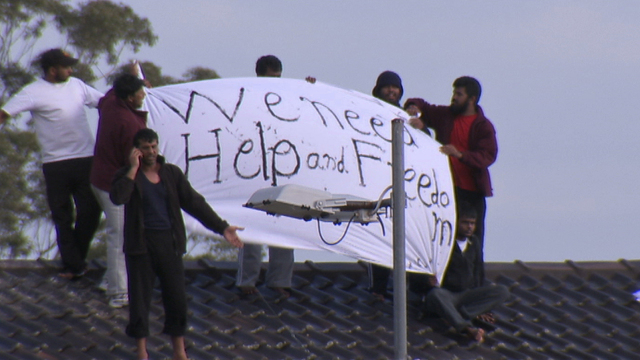 With asylum seekers in Australia processed and resettled in a Papua New Guinea detention centre, what really awaits them there? Claims of rape and torture are exposed in this exclusive whistleblower interview.

"I didn't expect it to be run as a prison - worse than a prison, in fact", a former senior manager from the Manus Island detention centre, Rod St George, explains. "The facility couldn't serve as a dog kennel." This explosive report tells of refugees sexually abused and tortured in custody, with the full knowledge of staff there. With government officials going to extreme lengths to prevent all journalists from getting inside Manus, it is impossible to investigate these claims. "Not a single journalist has been inside since it opened. It could be the house of horrors, it could be the Sheraton Hotel", one Australian reporter remarks. But St George insists that cases of constant rape and torture are rife, with daily self-harm and suicide attempts as the result. "I have never seen human beings so destitute, so helpless, or so hopeless".
FULL SYNOPSIS
TRANSCRIPT