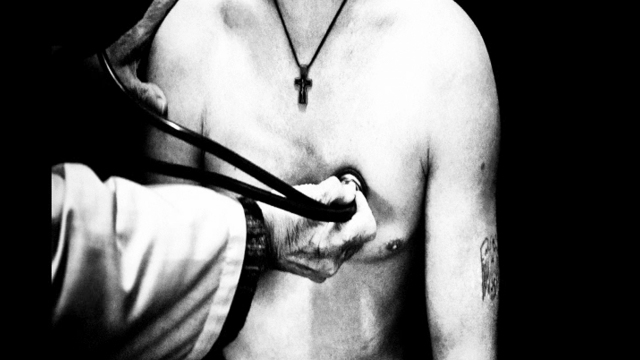 Russia is facing a terrifying public health threat: a strain of TB almost completely drug resistant. As it struggles to deal with the epidemic after kicking out American aid, the disease is spreading rapidly.

"I spent three months in the hospital and I have been taking the pills for 20 months", ex-prisoner Ivan tells us. He's been battling with a virulent form of an ancient disease that is sweeping the Russian Federation. Astonishingly, nearly 100% of Russian prisoners test positive for either having or having had the disease. To the alarm of the World Health Organisation and other international bodies, the rates of multi-drug resistance (MDR) and extreme drug resistance (XDR) are climbing. They are now the highest in Europe and the third highest in the world. Yet in the midst of this desperate situation the Russian government has banished one of the biggest funders of TB programmes - USAID - "because of political reasons". The Russians say they can pay for it themselves, but as one doctor points out, "during the past 19 years there was not the necessary funding available from the Federal budget". Frighteningly, there are now cases emerging of TDR - total drug resistance. But this is not just a Russian problem, experts warn. TB does not stay within the confines of hospital wards or prisons. Nor does it recognise borders. This is a disease that could spread far beyond the Russian Federation.
FULL SYNOPSIS
TRANSCRIPT