The New Zealander lost to the Khmer Rouge's most terrifying slaughterhouse 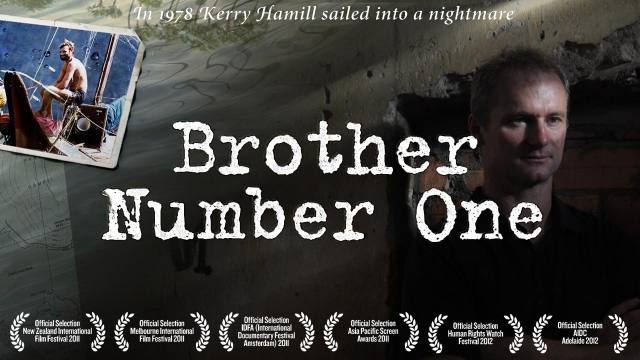 Comrade Duch was the perpetrator of some of the Khmer Rouge's most gruesome crimes. Kerry Hamill was a yachtie from New Zealand. Kerry's terrible fate was to sail straight in the hands of Duch and face a brutal end that 14,000 Cambodians shared with him. In this gut-wrenching doc Kerry's brother, Rob, retraces his sibling's steps, speaking to eyewitnesses, perpetrators and survivors to tell a tale of torture and confront Kerry's murderer.

"All prisoners that arrived must be interrogated, tortured and smashed. No exceptions", Duch explains to the ECCC War Crimes Court in Cambodia where he is on trial. In 1978 Kerry had been sailing with two other young men along the "hippie trail", popular among many of his generation. He was captured by Khmer Rouge officials after his boat strayed into Cambodian waters. After capture he was transferred to the prison Duch presided over, Tuol Sleng (S21), and tortured for two months before being executed. Rob, who was only 14 at the time, explains, "This is the story of an innocent man brought to his knees and killed in the prime of his life". Duch, now a born again Christian, was found working for World Vision in the border area between Cambodia and Thailand, where he fled with the Khmer Rouge twenty years before. One of the brightest young mathematicians in the country, he had been radicalised in college under Son Sen and soon found himself in charge of "the mother of all torture centres in Cambodia". Rob visits Tuol Sleng, where as one Cambodian points out, the treatment Kerry had was all part of the modus operandi. "As soon as you entered Tuol Sleng your fate was sealed. You'd be immediately photographed, put in a cell, tortured, and then told to write a series of ever-wilder confessions." Now a genocide museum, it contains haunting photos and artwork depicting those held in the prison. Rob speaks to its director Yauk Chang, popularly known as 'the conscience of Cambodia'. Aware of his privileged position in having the opportunity to face Duch, Rob asks whether there is one question Chang would ask him. "Do you believe in Karma?" he replies simply. "Every single Cambodian...we all got affected", says Kulikar Sotho. She is one of the many others that have suffered a similar trauma to Rob - her father was taken for "political study". Few survived S21, but some are able to share their stories. Allowed to live thanks to their artistic skills, Bou Meng and Vann Nath recall the losses they suffered - friends and loved ones killed - and the torture they faced in packed communal cells: "Lashing the prisoner, feeding the prisoner their excrement and urine" Originally sentenced to 35 years in prison, then reduced to 19 and last year extended again to life imprisonment, Duch is the only one of the five high-ranking members of the Khmer Rouge regime who has recognised any of his crimes. Through this inspirational documentary Rob's voice joins that of millions of Cambodians in a plea for justice. "It's the same shrill cry from a Cambodian or a New Zealander... it is the cry of humanity." LEARN MORE.
WATCH MORE.
JOIN THE DISCUSSION. 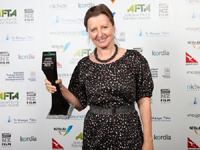 Annie Goldson has been producing and directing award-winning documentaries, docudramas and experimental film/video for 20 years in the United States and New Zealand. She is known for producing films that are both politically engaged and formally innovative, such as Punitive Damage, released in cinemas in Australia, the US and New Zealand in 1999 and sold to major broadcasters such as HBO-Cinemax, ABC-Aust, ARD (Germany), WTN (Canada) and TVNZ). Another critically acclaimed documentary was Georgie Girl, released in 2002 (sales to Channel 4 (UK), POV(PBS), CBC, SBS, Canalplus and TVNZ). Both titles have also garnered major awards in film festivals. Annies most recent films include; Sheilas: 28 Years On (2004), a history of second-wave feminism in New Zealand; Pacific Solution: From Afghanistan to Aotearoa (2005); Elgars Enigma: Biography of a Concerto (2006) and An Island Calling (2008). Since Brother Number One was completed in 2011, she has produces, directed and edited the feature He Toki Huna: New Zealand in Afghanistan which premiered at the NZ International Film Festival and was broadcast on Maori Television. 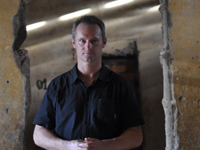 I conceived the film as a series of journeys, Kerry Hamills fatal hippie adventure of his yacht, Robs journey to the Cambodian court seeking justice and to confront his brothers killer, the journey of Cambodia and the Cambodians we met as they struggle with the devestating impact of the Khmer Rouge period, and I suppose the more abstract journeys  a journey towards forgiveness, closure and reconcilation? These journeys are about our world, as well as the Cambodian experience, as our country, one way or another, is inevitably involved in the geopolitics that produce monsters like the Khmer Rouge. Audiences should expect a crisscrossing of journeys. I liked what Graeme Tuckett said, though, the film is not depressing but full of compassion and history. Just go see it, he said.