When Booker spoke the truth he became an unlikely activist at the heart of Mississippi's civil rights movement. 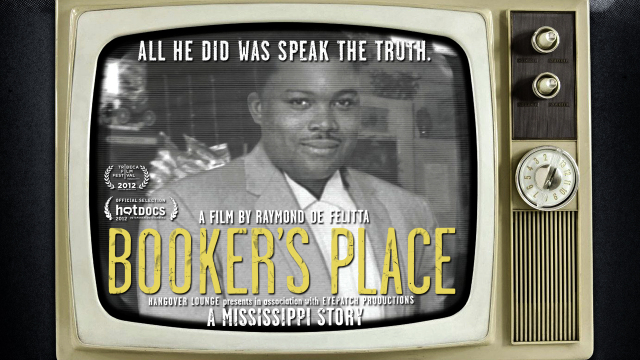 When Frank De Felitta travelled to Mississippi in the 60s to make a film for NBC News he came across a black waiter with something to say about segregation. Booker defined racism with a colloquial eloquence that was chilling. But as his words broadcast across America, they stirred up a hornet's nest. Forty-five years on, Frank's son returns with Booker's granddaughter, to find out what role his five minutes of fame played in his tragic life.

Sometimes a moment of 50 year old archive could never have been told with words. This doc is filled with such 'moments'. "Some people are nice some are not. Some call me Booker, some call me nigger. The meaner the man be, the more you smile, although you're crying on the inside". In these two sentences, filled with a restrained emotion, Booker Wright transports us back to the racist segregation of the Mississippi Delta in 1964. Without deliberation or thought of consequence, Booker told the simple truth of abhorrent racism, became an activist against injustice, and a genesis of the civil rights movement in Mississippi. The butterfly effect of Booker's truth through history was massive, it was for Mississippians the moment "the civil rights movement came home for them; the moment of impact". "Don't talk to him like that. That's a good nigger! That's my nigger! Oh yes sir boss, I'm your nigger", Booker says, recounting his boss at Lusco's. In Booker's world even when a white person was nice to you it was laced with racism. The KKK were unchecked, and 98% of white residents were segregationists. Booker accepted racism and injustice everyday "to make a living", but when Frank arrived he saw a chance to open a window into his world of pain. "He could have said nothing except described the menu". But Booker didn't: "Something happened that was so unusual and so fantastic... He didn't just stop there". Explains Frank de Felitta. Booker's speaking out broke the spell that racism cast over Mississippi, but it also came with dire consequences. "Booker saw him come around the counter, that's when he met a round of buckshots. He ran out and chased him down the street with that gaping hole in his stomach". The circumstances surrounding his murder and his murderer's trial are so strange that it is still regarded by many as unresolved. His family believe the killing was paid for by KKK members. Unpacking the Civil Rights movement with an immediacy that is startling, this is the tale of a normal man who stood up to the existing paradigm rather than quietly accepting the injustices of his world. LEARN MORE.
WATCH MORE.
JOIN THE DISCUSSION. 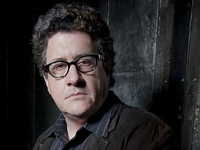 Raymond De Felitta is an American independent filmmaker whose work as a writer and director has been honored around the world, including the festivals in Cannes, Sundance, Toronto, Deuville, Tribeca, South By Southwest and Milan. He has directed documentaries as well as fiction films. 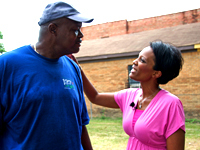 Ive always been interested in these documentaries that my father made. They are these great one hour time capsules of history of America in the 1960s. I posted a bunch of documentaries that my father made for NBC in the 60s on my blog and one of them was his film Mississippi: A Self Portrait. And that attracted the attention of Booker Wright's granddaughter. Once Yvette found it, we started talking about going on this journey together and tried to find more about Booker because it was just so unusual that my father and her grandfather had this thing in common.