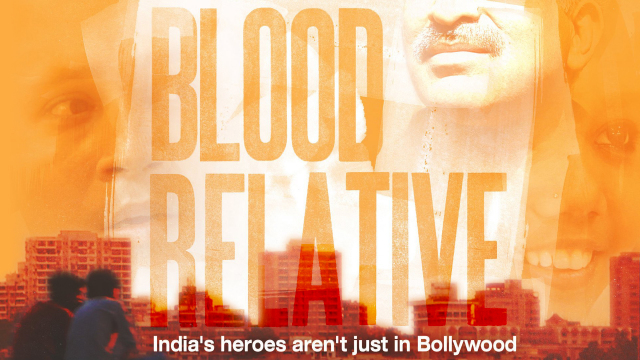 Divya (15) and Imran (24) are trapped in the bodies of small children. A rare disease stunts their growth, leaving them reliant on expensive medicine and unlikely to live much longer. Can their hero Vinay help them to defeat India's broken medical system?

"I would love to live longer for my mom and my sister", says Imran, who supports his family through his call centre job. Suffering from Thalassemia Major means that his body cannot generate blood on its own. Weekly blood transfusions help make up the lack; but they also create a deadly build up of iron in his body. It has to be removed with a drug called iron chelation, otherwise the excess iron stunts Imran's growth and damages his heart and liver. But the cost of the drug is often prohibitive; "Parents who cannot afford the iron disposal are actually letting their children die", warns health activist Vinay Shetty. Shetty, better known as 'Vinay Uncle', is the only support point for Thalessemia-affected families in Mumbai. Funding secured through his Think Foundation allows him to give out iron chelation free of charge. "He's the father of all Thalassemia Major children in Mumbai", says one Thalassemia patient. But despite his incredible work, Shetty's relentless attempts to secure government funding for the drug from the Health Minister remain unanswered. Unheeded, Shetty continues to educate about the disease on the ground. Visiting Divya's family, he explains why it is important for her to take iron chelation. Her mother has previously put faith in a spiritual healer to cure the girl of the disease. In this community traditional beliefs are hard to shake off. "You cannot erase what is written in your fate", says Divya's mother when she finds out her son carries a less dangerous form of the disease. As funding gets cut and Imran contracts hepatitis C from a blood transfusion, Shetty remains a source of hope and positivity. He secures new funding for the foundation and digs into his own life savings for Imran's treatment. "Even with only one rupee left in the bank, Think Foundation is here to stay", insists Shetty. LEARN MORE.
WATCH MORE.
JOIN THE DISCUSSION.
FULL SYNOPSIS 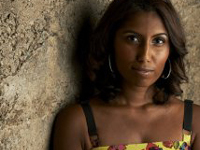 Nimisha Mukerji is an award-winning director whose debut feature 65_RedRoses was hailed by The New York Times as "illuminating... an affecting, unnerving portrait of one family's encounter with the harshest of realities." It went on to be officially selected for Oprah Winfrey's Documentary Club on OWN USA and won top prizes at the Hot Docs International Film Festival (2010 Don Haig award), and the Vancouver International Film Festival (Audience award Best Canadian Film and Best Documentary). At the 2010 Banff World Television Awards 65_RedRoses won Best Canadian Program following its broadcast premiere on CBC's The Passionate Eye. For her work on the film Nimisha was awarded the 2009 Artistic Merit award from Women in Film Vancouver, as well as garnering a 2010 Gemini nomination for Best Direction in a Documentary Program. Nimisha's narrative short films have screened internationally and The Arrival Hour won TIFF's 2012 Audience Choice award at the RBC Emerging Filmmaker's Competition. Blood Relative is Nimisha's second feature documentary and was produced in association with the Knowledge Network. Nimisha is an alumnus of the CTV National Fellowship Program ('10) as well as TIFF's Talent Campus ('11). 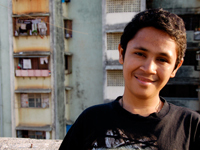 I had never heard of Thalassemia before, and I was surprised to learn that its the number one genetic disease in the world. The tagline for our film is Indias heroes arent just in Bollywood, and from the beginning I loved the idea of focusing on Indians in the country working to create positive change. Ive often seen films about foreigners going into third world countries to save the day. But in Vinay I found this remarkable man, born and raised in India, who was tirelessly working to get these children help. I wanted the film to focus on his positivity and hope for the future, as well as the strength that children like Divya and Imran possess.