The outsider white man who gained access to the reclusive Maori and the culture behind their tattoos. 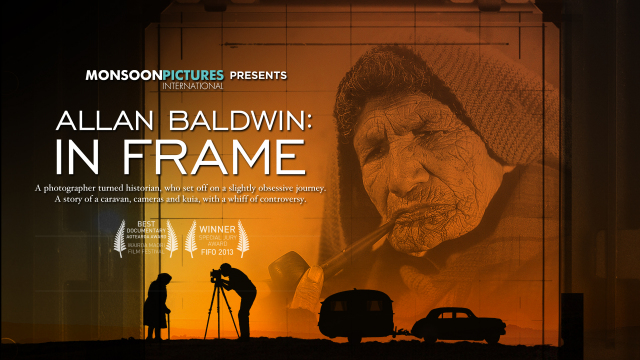 Through one incredible journey this doc immerses us in the Maori world in a way very few ethnographic explorations manage. In the 60s Allan, a young photographer, traveled through Aotearoa, obsessed with preserving the image of the moko, a Maori tattoo put on the chins of the Kuia women. Uncovering this breathtaking collections of photographs and his memories, the wisdom and beauty of an ancient culture is uniquely captured.

"There was no one else like her; I could hear her speaking to those who had long passed on; to the people in the photos, which hung on the walls", Warena Taua explains about his mother, as he gazes upon one of Allan's photos. "Her thoughts turned to those from the distant past. For her, they were all still very much alive." In the transformed New Zealand of the mid 20th Century Baldwin framed a culture that rarely let Westerners in. Baldwin broke the normal boundaries of an inward-looking people, getting unprecedented access to the Maori. It exposed them to film, and him to their rich culture. Vitally important to the Maori is the culture of the Moko, their beautifully crafted facial tattoos. As one Maori photographed by Allan explains, "I've been carrying my people on my back all these years and now I'm going to carry them on my face". Hokimoana, daughter of a Maori elder, says, "if I didn't assume my Mother's Moko, it would be lost forever". Baldwin's art has captured and understood a fragile culture few rarely engage with. As Baldwin was once told by a Maori lady, "you know last time I had my photo taken my Moko faded". Baldwin's perseverance makes sure that Maori Moko wont "fade".This beautifully observed documentary examines an extraordinary spiritual society and a sensitive artist, asking powerful questions about the balance between maintaining tradition and following modernity. LEARN MORE.
WATCH MORE.
JOIN THE DISCUSSION. 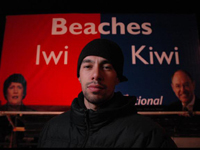 Tearepa Kahi grew up in Christchurch in a musical family. He wrote, directed and edited the short film Taua, which won the best short film award at the 2007 National Geographic All Roads Festival (USA) and was awarded honourable mention at the 2007 ImagineNATIVE Film and Media Arts Festival in Canada. Mt. Zion is his first feature film, which has now grossed over one million dollars at the New Zealand Box Office. His two most recent documentaries Allan Baldwin: In Frame and Road to the Globe have just won prizes at the FIFO documentary festival. 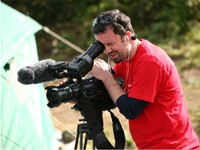 Alexander Behse (35) is German born award winning creative producer whos eclectic body of work has resonated across the wider Pacific. From high-end documentaries to celebrated prime-time series Behses drive for risk-taking treatments, engaging subjects and his eye for talent have made him one of the most innovative and prolific young producers of indigenous, factual and adventure programming in the country today. 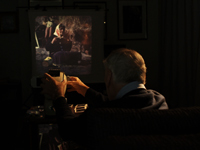 When director Tearepa Kahi was pitched a story about a photographer and his photos, he initially didn't feel deeply inspired. He didn't want to spend a huge amount of creative energy trying to build a screen monument to someone from our past, no matter how important their contribution to our young national story. But then Tearepa held a 2/3rds colour slide in his hand that amateur photographer Allan Balwdin had taken in 1971 and held it up to the sun. The colour, the image and the kuia (elder) herself spoke to him. Her name was Ngakahikatea Wirihana, and she died at the age of 116 years. Tearepa had heard stories about her growing up, he had seen footage of her, even heard her voice on tape cassette, but somehow the image Allan captured and his own story took a hold of his mind. Spending time with Allan, his 90 year old memory and his deep sense of humility has inspired all those who worked on bringing this story to screen. The kuia are important to our New Zealand indigenous history, and so is he.