The Shadow Of Tiananmen 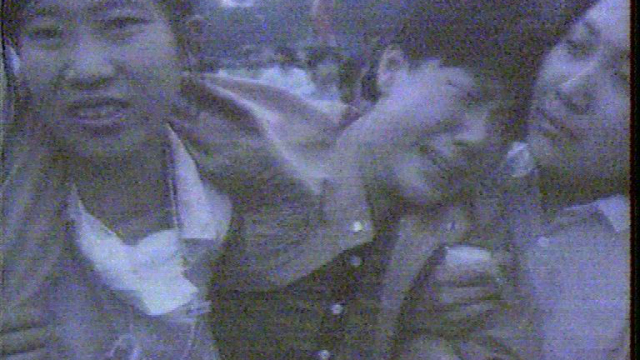 It's been ten years since student led protests on Tiananmen ended in bloodshed. People react differently to its legacy.

In 1989 students protested on Tiananmen Square, Beijing, anxious about the economic and social change of post-Mao China, and demanding democratic ideals such as freedom of speech, freedom of press and democratic elections. At its peak an estimated one million people gathered on the square. The protest ended in tragedy, with the government declaring martial law and opening fire on the protesters. The death toll is still unclear. ABC Australia visits China ten years on to see what people now think of the protests. They speak to a protester who is angry at the physical harm caused to him to during the protest and the lack of change it brought about, a student who is used to a Western level of comfort and describes the protest as "meaningless", and a bar manager who sees the positive change that the protest brought about. Features excellent footage of the 1989 protest. Produced by ABC Australia
FULL SYNOPSIS
TRANSCRIPT