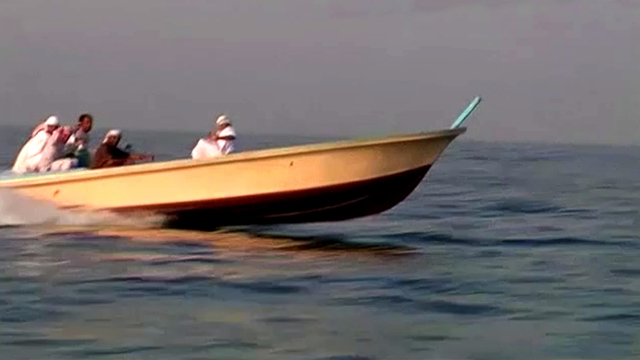 Sanctions have long been in place against Iran, restricting its global economic links. But uncovering a lucrative black market trade across the country's borders, we ask who the sanctions are really affecting?

In the only footage that exists of them, Iranian smugglers speed across the Straits of Hormuz carrying tonnes of freight from Oman. "I've been coming here a long time, 10, 15 years", says one man. Despite the dangers, smuggling remains the only source of income for many Iranians. As one man insists, "being in danger is better than having no food to eat". Over in Northern Iraq, the border with Iran is a gaping hole, controlled by the Kurds. The trade in oil across this border is a source of growing tension with the Iraqi central government. "I came to earn 30,000 toman: you can't buy a chicken with it. If I wasn't desperate, would I come to carry all these goods?" asks one Iranian man at an Iraqi border post. Like many other "backpackers", he carries goods out of Iraq on foot, which are then loaded onto trucks. Here smuggling is in many ways government-sanctioned, and controlled from both sides of the border. Commenting on the effect of international sanctions on Iran, Dr Khaled Hayder of Sulaymaniyah University in Iraq argues, "the embargo impacts the Iranian people, not Iranian officials".
FULL SYNOPSIS
TRANSCRIPT