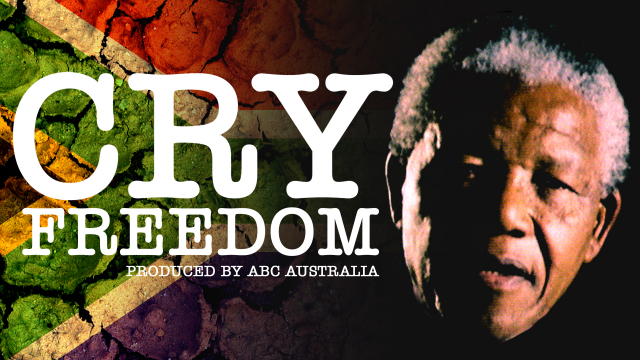 Nearly 20 years ago Nelson Mandela came to power in a great surge of hope, pledging to his people that the massive wealth of South Africa would be used to lift the poor black majority out of poverty and subordination. But the nation he fought so hard to create is slowly disintegrating. Violence is commonplace, unemployment is out of control and the ruling ANC government is accused of rampant corruption. And as Mandela's dream fades, the seeds for further upheaval and political instability are being sown.

A survivor of the Marikana massacre points to the bullet wounds over his body: "One, two, three, four, five, six, seven". He had joined the 3,000 miners protesting against their sub-standard wages when police opened fire, killing 34 and wounding another 78. Mzoxolo explains how he was shot repeatedly by a black policeman and left for dead. "I saw that apartheid was back. But now it was blacks killing blacks...blacks not wanting other blacks to prosper", says Xolani Nzuza, one of the co-coordinators of the miners' protest. "We no longer trust the ANC". The gap between rich and poor across South Africa is wider than ever, with a tiny black elite enriching themselves through the country's massive mining wealth at the expense of the poor black majority. Twenty year old Morongoa lives in Tembisa shanty town on the fringes of Johannesburg. As she fills up her bucket of water from the dirty collection point, she is surrounded by a hopelessness that stretches for miles. Officially one in two youths are unemployed, but in shanty towns like this the statistics are even worse. She is one of the 'born-frees' - a generation that has supposedly grown up under the new freedoms and opportunities that Mandela and the ANC fought so hard for. "We are a lost youth", Morongoa explains, "liberated politically, but not economically". There are few exceptions. 27-year-old Paballo Thekiso is not part of South Africa's wealthy elite, but he is the chief photographer of a major national newspaper and lives in a smart apartment with his wife and baby. It's a far cry from the slums of Soweto where he grew up. He was one of the lucky ones; his parents had regular employment and so were able to give him an education. The reality is that such opportunity and success only comes to a few. When Paballo returns to Soweto he finds his friends sitting in the same place on the roadside, largely unemployed. "I really feel sad, because sometimes when I visit they'll ask to wash my car, just for me to pay them something. I grew up with this guy, but today he's begging me for 30 Rand." Meanwhile, Jacob Zuma'[s retirement complex boasts 31 buildings, a double helipad, underground bunkers and a gym. It has cost nearly $30 million in state funds. Recently released documents, labeled 'Top Secret', show approved requests to 'shift' public funds 'from the Inner City Regeneration Programme'. Zuma has since invoked a 1982 Apartheid law to make possession of these documents a crime punishable with a 10-year jail term. Bongi Mlangeni has set up an independent 'Corruption Watch' and within 16 months has received over 4500 reports. "If we are losing billions to corruption, you can imagine what could have been done with that money", she sighs. 18 million South Africans survive on less than $2 a day. The government has been promising to re-house shack dwellers for over 14 years, but despite the fading registration numbers painted on their doors, there is no prospect of change in sight. Across the nation there is a growing feeling that the government has lost its vision and moral authority. The freedom generation is looking for a new revolution. LEARN MORE.
WATCH MORE.
JOIN THE DISCUSSION.
FULL SYNOPSIS 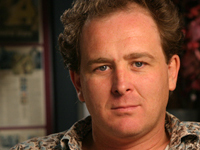 Matthew Carney joined Four Corners at the beginning of 2005 after working at the ABC and SBS for the past 15 years as both a reporter and producer. In Australia he has won three Walkley Awards, a Logie Award and a United Nations Media Peace Prize. Matthew also has worked as an independent filmmaker producing and directing documentaries.

For the past eight years Matthew has specialised in "one man band" filmmaking or video journalism, travelling alone to some of the most difficult and dangerous locations on earth. He has produced award wining films and reports from Iran, Iraq, Syria, Saudi Arabia, West Bank and Gaza, Libya, East Timor, West Papua, North Korea, Sierra Leone, Burma and Sri Lanka. His work has been screened by the major broadcasters of the world including BBC and Channel 4 (UK), TV2 and Arte (France), ZDF (Germany), NHK (Japan), CBS and PBS (America) and CBC (Canada).

In his first year at Four Corners Matthew was a Walkley Award finalist in international journalism and was highly commended for his film "Out of Mind" at the Human Rights Awards.