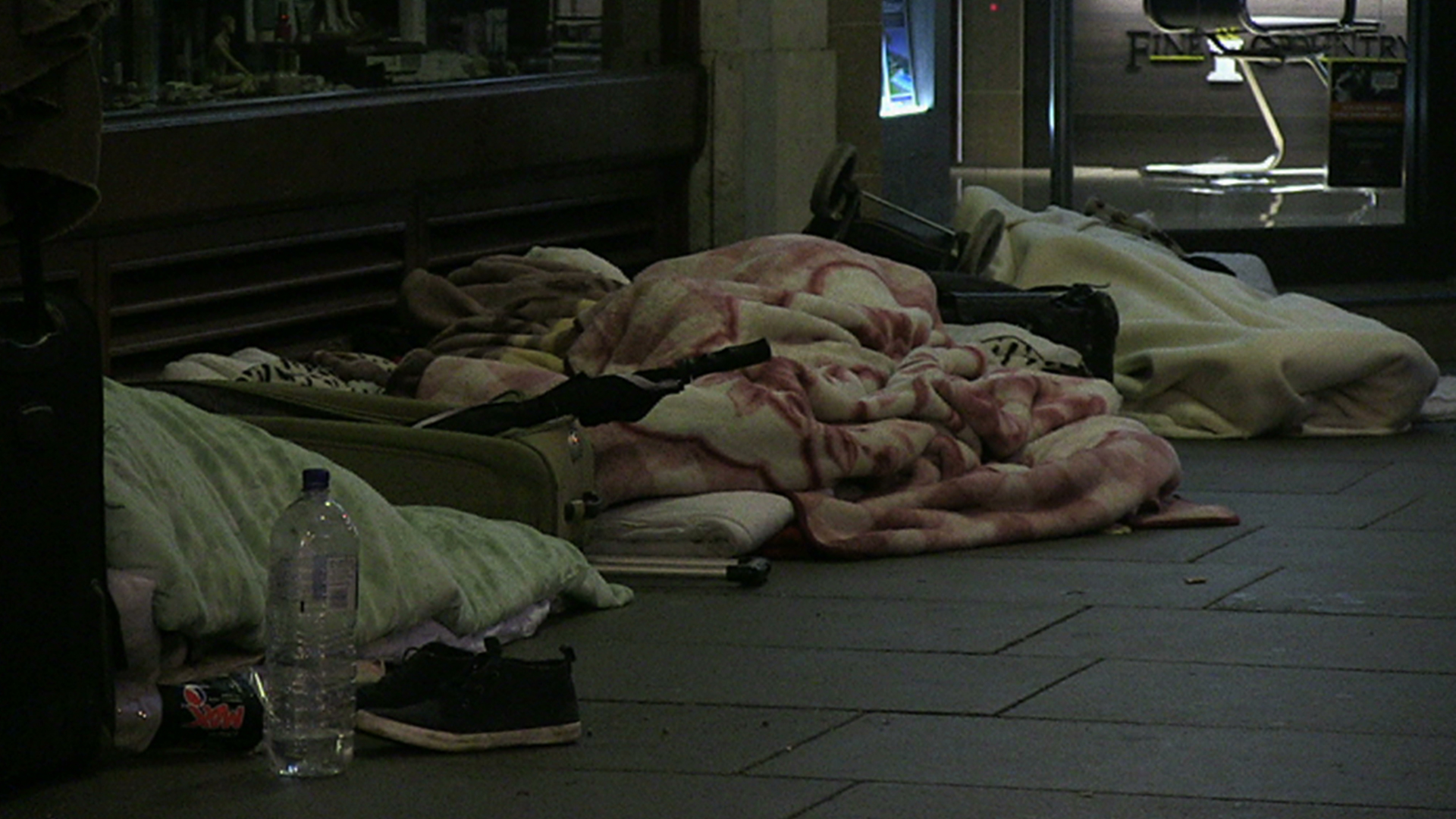 The UK is bitterly divided on immigration. The opening up of Europe's borders creates a new wave of immigrants arriving in the UK. We find many camping on the streets and growing British anger and resentment of them.

Walking down London's most exclusive streets, the smell of improvised toilets clashes with high-class boutiques and luxury car showrooms. "Their take on the world doesn't chime with ours", says Nik Ward, head of Westminster Council's Rough Sleepers Department, speaking about the immigrants he's trying to clear off the streets. It's now estimated that a third of the city's homeless are coming from Eastern Europe. Zie Babaks, a Latvian immigrant, says many do work but are exploited, so that they "are not earning enough money to survive". The authorities use sophisticated aerial thermal imaging technology to find immigrants on the streets and then cram them into unsafe accommodation. Many, like Bob McAuley, direct their anger at the EU. "We're sick to death of being ruled by Europe." Now UKIP, for a long time just a comical fringe party, is gaining support for an anti-EU stance that's rattling the establishment.
FULL SYNOPSIS
TRANSCRIPT