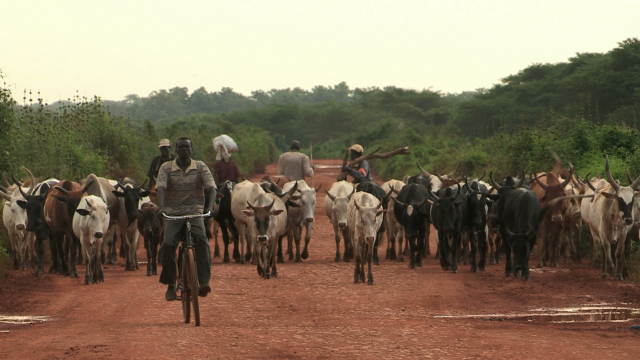 Ethiopia's huge agricultural output has brought about an economic miracle for the nation. But inhabitants are being pushed out of their native land by foreign investors and have no share in the profits.

"When investors showed up we were told to pack up our things and go to the villages", says Moot. Like thousands of other farmers he's been relocated to an artificial village to make space for new foreign agricultural investments. The promise of social services, including schools and clinics, has not been fulfilled and fear of arrest paralyses the farmers. Government spokesmen defend the policy, arguing that "our population is spread all across the territory. We can't give them care until they are grouped together". But with Africa's most fertile land being rented well below international market prices and little need for labour in the highly industrialised farmlands, traditional farmers are struggling for survival.
FULL SYNOPSIS
TRANSCRIPT