The end of ink: has digital killed journalism? 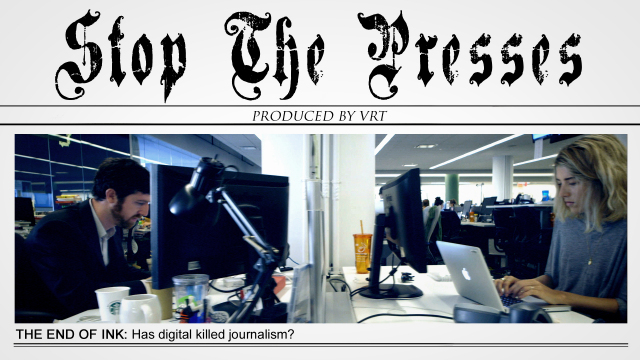 What will the future of journalism look like? The dramatic fall of some of the biggest print publications has coincided with the the rise of internet giants; but where is the money in this world of free content? Is the biggest reach all that matters and how does investigative journalism compete with cats in hats? From paper boys to social networking, from the US to Europe, this sharp doc delves into the brave new world of journalism.


"Anybody who tells you they know what the news business will look like in 5 years is either lying or delusional", says Dan Gross, the ex-Senior News Editor at Newsweek. Once one the world's largest print publications, Newsweek dropped the print side of its business and went online at the end of 2012. But what was supposed to be a decisive step into the 21st Century turned into a cautionary tale. As Newsweek went under, the popular wisdom that online is the future wasn't realised. As publisher Christian von Thillo points out, the reality is that print is not dead yet. "It's not that people don't buy newspapers anymore, It's just some people's business models don't work anymore." As big a revolution as digital is, it isn't making money for content creators yet. According to many paper editors, the reason for this is down to mistakes made right at the beginning of the internet age. "I'm convinced that publishers made a big mistake by just giving them everything", explains Peter Vandermeersch, the editor of Dutch paper NRC. Now the bane of modern newspapers has become aggregator sites like The Huffington Post, which make money from other people's content. "It's theft, pure theft", says Vandermeersch angrily. And once everything has been made free it is very hard to turn back the tide. The New York Times has managed to successfully run a pay-wall, but for most publications their audiences won't tolerate it. "We're like a butcher who has given free meat away for 15 years and then tells his customers they have to pay. They wonder why. They never paid for steak before." Edwy Plenel, ex-Le Monde editor and founder of Mediapart, an investigative journalism start-up, says there is a serious danger with free content and content aggregation sites. He claims it is eroding good journalism; the backbone of democracy. The conflict is building. Aggregators have now changed how people interact with news. News has morphed, with social networking and online analytics allowing a constant feedback loop that lets online publishers assess which content works in real time. Digital companies like buzzfeed think they've found the future in their social news revolution: "It's not just a broadcast of one to many, it's a model of lots of different people who are networked sharing things". But many journalists and editors fear that if things stay the way they are there'll be no investigative journalists left in ten years time. A fascinating insight into the battle silently raging at the heart of our information industry. LEARN MORE.
WATCH MORE.
JOIN THE DISCUSSION.
FULL SYNOPSIS 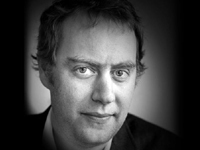 Wouter Verschelden is a former editor at The Standard and former editor of The Morning. He made 'Stop the Presses' for Panorama on VRT. 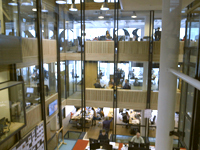 The digitization of our lives offers lots of opportunities. But that revolution, that "creative destruction" has cut very hard. Great established brands perish, others are in serious trouble. And as in any industry in crisis the first step taken is cost cutting. So there has to be systematic sacking of journalists and printers. In the U.S., which leads Europe when it comes to the media sector, more than a third of journalists lost their jobs over the last decade. But from that panic, that battlefield something new is born. New forms of journalism and new initiatives.