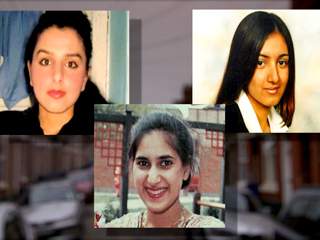 There are 8 to 10 thousand forced marriages in the UK every year. As authorities are accused of taking 'honour' crimes too lightly, girls who resist or refuse a marriage can face abuse, torture, even death.

"We have kidnappings, abductions, sexual offences. Anything that you can imagine could happen does happen in the name of honour", Nazir Afzal, the Chief Prosecutor for Northwest England, tells us. Shafilia Ahmed simply wanted to be a lawyer and to make her own relationship choices. But her parents judged the 17-year-old's aspirations to be shameful to the family, so they killed her and made their other children watch the consequences of perceived dishonour. In the multi-cultural corners of the United Kingdom law enforcement authorities are struggling to address the problem. Police, in particular, have been accused of not taking honour crime seriously, ignoring clear warning signs and pleas for help. Detective Constable Palbinder Singh says part of the problem is being too culturally sensitive. "It's a ruse. We won't interfere with that family, it's their culture. Well hang on a minute, crimes are being committed, people's lives are being destroyed, people's freedoms are being suppressed."
FULL SYNOPSIS
TRANSCRIPT