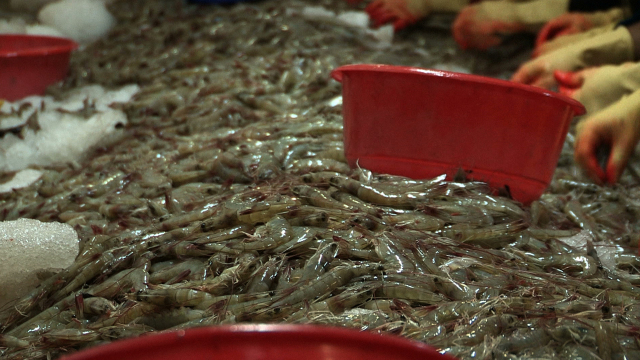 Ecuador is the fifth largest producer of shrimp worldwide; generating over one billion dollars a year. But while the industry is a prosperous one, it has come at a huge social and environmental cost.

"Nature has been poorly treated, weakened, endangered. And more important, the population whose livelihoods depend on this resource is being endangered", says Lider Gongora, an environmental activist, highlighting how Ecuador's fragile ecosystem has become devastated by extensive farming. Although the industry employs 250,000 people in Ecuador alone, the remaining communities are being pushed out of their land. Between the shrimp farmers who control the land and desperate fisherman fighting for their rights to it: "The estuary has become a war zone".
FULL SYNOPSIS
TRANSCRIPT