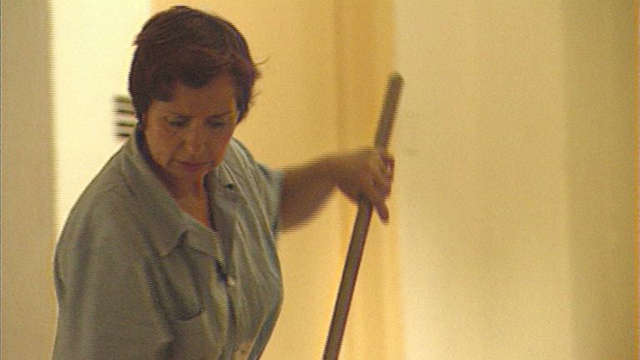 The Olim - Soviet Jews who opted to go to Israel - are committing suicide in their promised land.

They cannot find work and are forced to live in tent villages because they cannot afford the high cost of living in Israel. They are also persecuted for not being 'real' Jews. The newcomers wonder whether Israel is really an improvement on their previous life in Russia. Many had good professional jobs but are now forced to take jobs once the lot of Palestinians; a chief scientist works as a night-watchman; a biologist works as a cleaner. Instead of being used for their intellectual abilities, the Olim are being used to build a new Jerusalem on Palestinian land. A film by Mark Stucke.
FULL SYNOPSIS
TRANSCRIPT