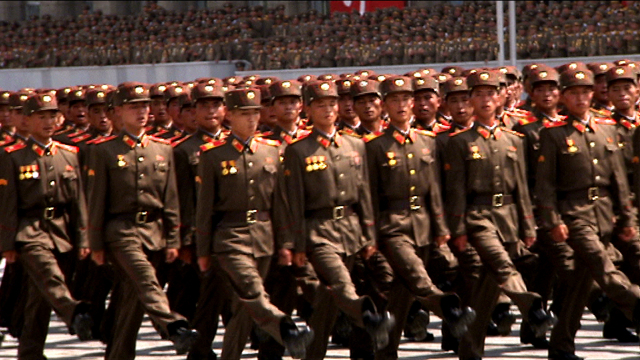 The stories of secret labour camps have long contradicted North Korea's displays of national unity. Now for the first time ever, a UN inquiry on human rights abuses hears the stories it doesn't want told.

"In North Korea anyone who enters a prison is regarded as an animal", testifies Kim Song Ju, a labour camp survivor. NK denies their existence but satellite images and extremely rare footage of prisoners in a desolate landscape prove otherwise. Testimonies of defectors add horrifying detail to the picture of life and death. "In one corner of the train station there was always a pile of dead bodies", recalls former soldier Kim Joo-Il. "Many people died of starvation and were just left there." Having escaped the regime he now publishes a newspaper countering Pyongyang propaganda. Another witness at the Inquiry, who was sold into marriage in China by human traffickers only to be sent to a labour camp, believes that speaking out about the crimes "is the only way human rights in North Korea will improve".
FULL SYNOPSIS
TRANSCRIPT