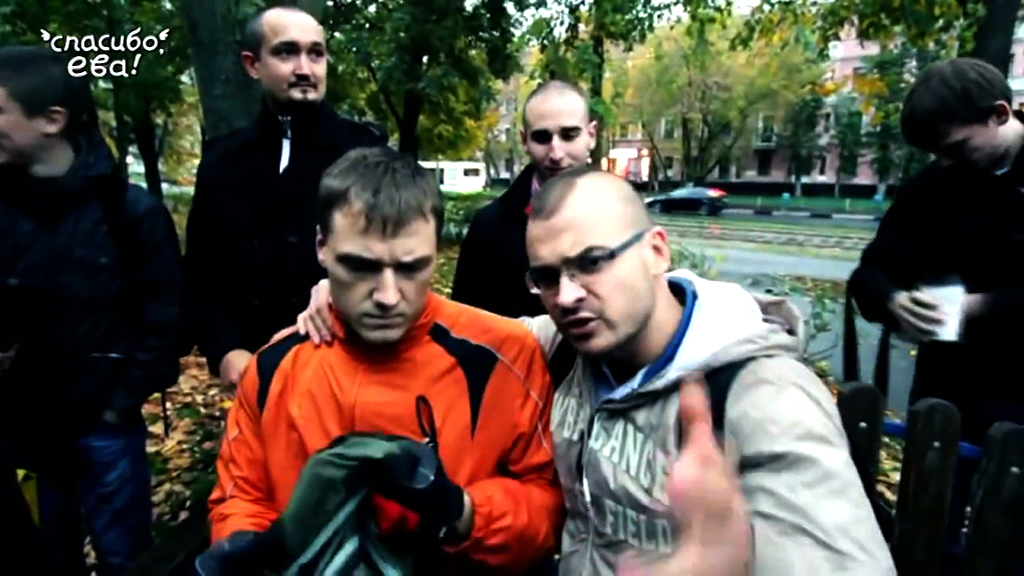 In Russia, homosexuality is being confused with paedophilia by thugs and politicians alike. An explosion of homophobic behaviour and anti-gay legislation is forcing the gay community into a life of secrecy.

"We judge gays and paedophiles identically," states a member of the controversial gang "Occupy Pedophilay". Set up by an infamous neo-Nazi, it lures presumed paedophiles and posts videos of humiliating attacks online. Anti-gay laws not only ban demonstrations by sexual minorities but also make it illegal for them to associate with children. "We won't allow the family as an institution to be destroyed," insists one Russian parliamentarian. But the government's claim to protect Russia's children is being seen as a smokescreen distracting from Russia's social problems: "nothing unites people so powerfully as sharing hatred".
FULL SYNOPSIS
TRANSCRIPT