The Other Irish Travellers 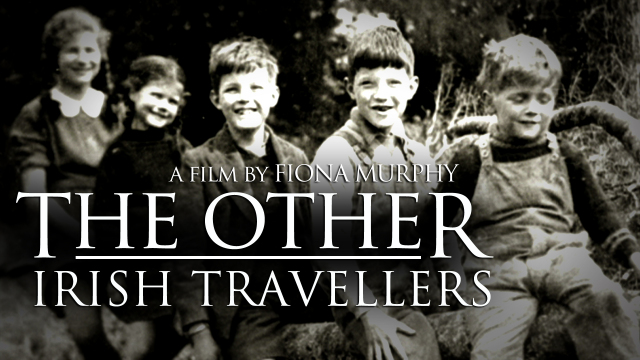 Can you be loyal to two nations? It's the question posed to the Anglo-Irish class of the 1930s. Landed Protestants with English accents, growing up in a newly independent, Catholic, and staunchly anti-English Ireland. This doc takes a personal look at this historical identity crisis, rich in contradictions. Tracking one family's fortunes the film explores how, as Irish nationalism took hold, this individualistic family fought to stay in Ireland.

"When my family were here in Ireland, the world they belonged to was vanishing. But not everyone agreed to vanish with it" explains Mary Cookson, a descendant of the Irish, Protestant, English accented, aristocratic Murphy family. They lived in huge stately homes, whilst their servants, "walked to work barefoot". Their lifestyles were a great contrast to the masses; they were the feudal lords of their day. Like many, the Murphy's tried to cling on to their lifestyle and identity, as nationalism raged. Visiting the estate, which once the Murphy's owned as a whole, Milford Houses' crumbling grey walls exist, as an echo, to their grand historical past. Sectioned, and nationalised, they were eventually left with only the East wing. "My loyalty was 100% for England", exclaims Fiona Murphy, despite, her birth, and nationality all being Irish. She explains the shift against the Anglo-Irish as "a polite version of ethnic cleansing". For this strange community, the social and religious "apartheid happened both ways". Fiona expands that "with the wrong name and accent you were never allowed to forget it," indeed "many Anglo-Irish didn't allow their children to see their Irish neighbours at all" leaving them as a "forlorn last survivor community" in self imposed exile. The Murphy's exemplify the defence of identity, highlighting the argument is two sided, understanding is vital, for identity comes not just from within, but also from those around you. LEARN MORE.
WATCH MORE.
JOIN THE DISCUSSION.
FULL SYNOPSIS 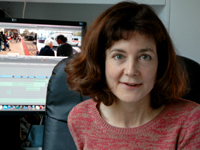 Fiona Murphy trained as a film editor at the BBC and went on to work as a film reviewer and feature writer in New York and London. She returned to film making with the mission to tell the stories of ordinary people and how their lives are shaped by the forces at work in the world around them. She has made films about living with obsessive compulsive disorder, being a spy in 1950s Egypt, and lung cancer but she keeps returning to the subject of migration and the hole that it leaves in peoples lives. In 2008 she formed Echodocs. 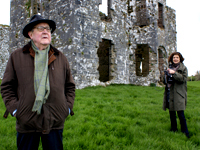 Fiona Murphy has the fierce belief that there is no need to ask the experts to comment on history - we are all part of it - all you need is brave, vivid contributors and a story nobody knows. Aha! Fiona suddenly realised, who better than her Dad, her aunts and uncles? Her family is funny and eccentric, and their story was not just unknown, it had been stamped out. A caper with eighty year olds began. Fiona never imagined the success the film might have, winning prizes at Festivals and a prominent TV slot on British and Irish television. And she has felt a great outpouring of feeling in Ireland, tenderness as well as fury about the vanished landlord class. The magic has swum out of the past and into the film.