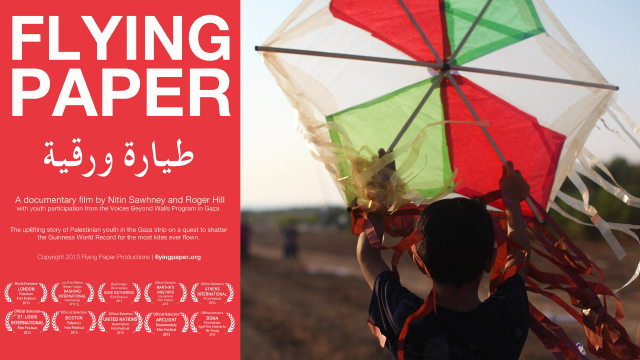 In one troubled corner of the Gaza Strip, where the landscape can alter from day to day at the mercy of the ongoing siege, one thing remains unchanged. Children here still make and fly kites, just as their parents and grandparents did before them. But it is more than just a pastime. It is an act of defiance and an expression of hope. In spite of the hardships they must endure, they would rather look up and see beauty than look around and feel trapped.

Above the bombed-out husks of seafront hotels and the scrap metal that litters the beach, colourful shapes of paper hover, looking down on the wreckage. Young Palestinians are testing out new designs in preparation for a big event: they will soon attempt to break the world record for the number of kites in simultaneous flight. "It's going to be a beautiful sight", says Musa, a charismatic teenager from the village of Seifa. "It will raise our spirits, the children of Gaza. It will help us forget the trauma of war." His grandfather first introduced him to the craft, and the incomparable feeling that goes with it. "To see a kite flying in the air - without limits, without borders - it means a lot", he confides. "It means that we have a chance, and we have a dream, and nobody can confiscate our dream." For many children from the nearby Jabalya refugee camp, the record attempt is that chance: a chance to make themselves heard beyond the borders of their confinement. "I have the right to pride, to education, to justice, equality and life"", reads a slogan emblazoned on one of the kites. "I am expressing myself, and writing a message to the entire world", its maker declares proudly to 16-year-old Abeer Ahmed, an aspiring journalist - also from the camp. Abeer is aware of the challenges she will face - especially as a woman - entering into the media. But, just like her kite-flying peers, she has set her sights high: "There will be many difficulties, but I love this work, and I must not allow anything to prevent me from succeeding at the job I choose." With the film left in the hands of these capable young people, this is an uplifting tale of resilience and creativity in the most inhospitable climate. LEARN MORE
WATCH MORE
JOIN THE DISCUSSION
FULL SYNOPSIS 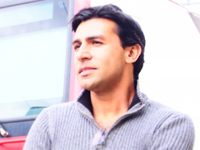 Nitin Sawhney is Assistant Professor of Media Studies at the New School for Public Engagement. Since 1995, Nitin has worked on several video shorts and interactive media projects. Since 2006, Nitin co-founded a nonprofit initiative Voices Beyond Walls to conduct digital video and storytelling workshops with children and youth in Palestinian refugee camps in the West Bank and Gaza. Nitin also co-founded the Boston Palestine Film Festival to showcase Palestinian Cinema to mainstream American audiences and support emerging Palestinian filmmakers. Flying Paper is his first feature-length documentary film. 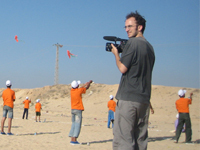 Roger Hill graduated from Ohio University with a degree in Film, Sociology and African American Studies. While a student Hill completed his first short feature length documentary. Shortly after relocating to the Bay Area he founded MentalRev Productions. Roger has since directed, filmed and edited a compilation of 12 short documentaries, music videos and a narrative-documentary hybrid. 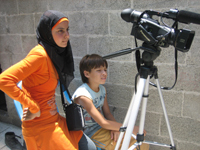 The tone of Flying Paper is a counter to the serious and heavy tone of most documentaries on the subject of Palestine. We aim to make an enjoyable Narrative Documentary that is inspiring and uplifting, which focuses on the achievements of youth in Gaza who endure hardships, but are resilient in their efforts to represent themselves and their culture with pride and grace. The political situation and suffering of the Palestinians in Gaza isn't ignored in the film, but rather it is part of the context in which an inspiring story with engaging characters takes place.