The Incredible True Story Of Paul Watson, The Ocean Warrior 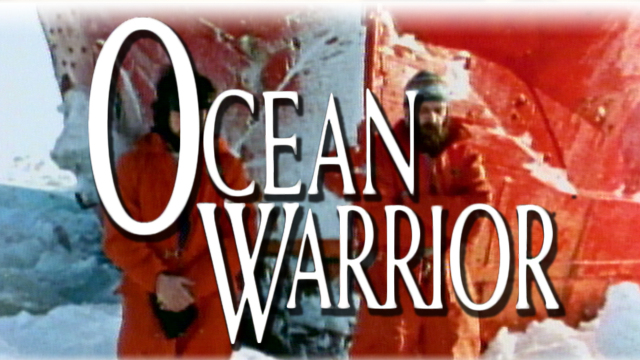 In this eye-opening environmental documentary, Paul Watson, captain of The Sea Shepherd, the 'pit bull terrier of the ecology movement', wages war on illegal fishing vessels, ramming ships in a dramatic crusade that he describes as 'just a prelude to the real eco-revolution'.

"They have thrown four bombs at this vessel. Do you understand? Four bombs... Hurry up!' A number of frantic international reporters on board the Sea Shepherd desperately call on the US authorities to take action before it's too late. For Paul Watson it's retaliation for the sinking of two Norwegian whaling ships the year before. "I understand you are going to fire on our ship", he says calmly amid the chaos. After mines are thrown and cannons fired, a gigantic steel vessel rams straight into its bow in the hope of finally sinking his ship. In 1977 Paul Watson set up the Sea Shepherd Conservation Society in an attempt to stop what he refers to as the strip-mining and raping of the oceans by illegal fishing vessels. His tactics are direct and unforgiving. "No nonsense, go in, hit them and hit them hard." UN resolutions clearly state that if national agencies do not enforce a regulation set forth then individuals or groups are invited to do so. "We are vigilantes but that's only because the US government, the Canadian government don't seem to have the courage to go out there and uphold these treaties and laws themselves", he insists. Relying on public relations and global scrutiny, Paul Watson and his eclectic international crew - 'ranging from a teenage dropout to a marine biologist' - continue a lifelong mission to do what he believes is the neglected job of the world's navies. "The time for talk is over".