Daughters of the Niger Delta 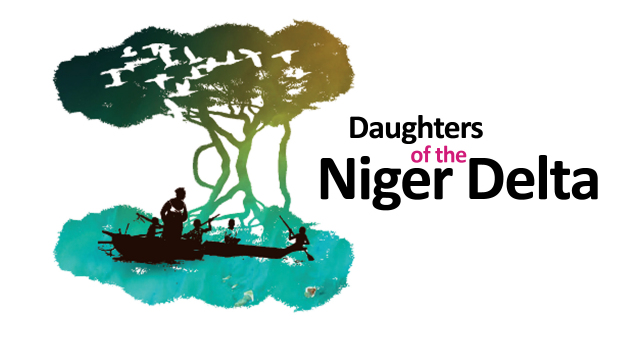 Hannah, Rebecca and Naomi live in the patriarchal world of the Niger Delta. Hannah had her land taken by her husband's family after his death, Rebecca wants to stop having children but her husband won't let her, and Naomi suffered at university because she refused to have sex for grades. Their stories are all defined by male domination. But even in the harshest existence, our subjects find beauty in the simplest of things.

"Previously when the oil had not spoiled our place, there were all kinds of fish." Hannah used to be a fisherwoman but water contamination is the legacy left by foreign exploitation of the region's natural resources. As a result, the number and diversity of fish in the river has suffered hugely. "If you want to catch fish now, you have to go deep, deep down the river to get any." Now she sells periwinkles for a pittance. Due to the pollution, mother of five Rebecca is forced to paddle up-river in her canoe many times each day to reach the nearest source of clean water. Between this, her household chores and caring for her children, she has no time left for herself. Still she remains positive. "I'm happy with my life" , she says. " I have a husband, I got married, I am alive, I have children... So I'm happy." Five of her eleven children died before the age of seven, but this isn't out of the ordinary in the delta regions. Naomi went to university. She believed that education would bring pride and honour, as well as money, to her family. Unlike her peers she refused to sleep with her course adviser and he failed her as a result. Now she wants to ensure her daughter doesn't have the same experience, by sending her to a private university where students can report such incidents. This means yet more money spent and greater sacrifices made. Three women, each struggling for a better life, negotiating poverty and patriarchy on a daily basis. Three stories, at once extraordinary and everyday, are captured by a female film crew, aptly illustrating the battle between tradition and progress that is currently being waged in the Niger Delta. In this battle, the stakes are highest for the female population, whose voices are only just starting to be heard. LEARN MORE.
WATCH MORE.
JOIN THE DISCUSSION. 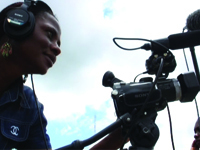 Daughters of the Niger Delta is a bottom-up film production. Rather than bringing in external filmmakers to document the lives of women, young women from the heart of the region were equipped with the tools and skills to do so themselves. They were trained in the filmmaking as part of a MIND capacity building program entitled FEMSCRIPT. The aim was to give local women control over the information and images produced out about them, enabling them to say in their own words what matters to them. 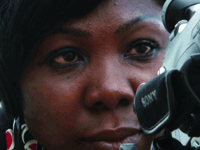 Women activists who have fought for decades side-by-side with men for eliminating the oil and gas pollution in the Niger Delta often feel painfully unsupported by their male peers when it comes to overthrowing traditional practices that undermine womens human rights. Let us resolve the big issues first, then well come to womens problems, is an often-heard resposnse. Rather than setting aside gender as a matter of secondary importance, this film shows how gender is intrinsically interwoven with mainstream current affairs in the region.