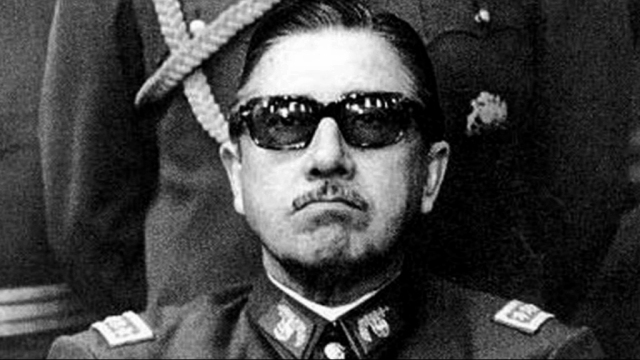 In Chile, the murderous past under dictator general Augusto Pinochet is under scrutiny. With new evidence of extermination camps, the families of the disappeared are yearning for justice.

"I started to testify and began to get rid of those pangs of guilt", confesses Jorgelino Vergara. Aged only 15, Jorgelino worked as waiter at the secret Simon Bolivar extermination centre witnessing horrific torture and murder. More than 3000 people were kidnapped and killed after the general seized power in 1973. After a long investigation, charges are being laid against more than seventy people accused of involvement in the brutality at Simon Bolivar. One of them is a member of the much feared Lautaro Brigade, Adriana Rivas. From the safety of her Australian exile, she denies the charges but her views on torture remain chilling: "Everyone knew they had to do that in order to break them because Communists would not talk. It was necessary". The secrets and brutality of the Pinochet regime are laid bare at Santiago's memory museum. The daughter of one of Rivas' victims, who was beaten to a pulp and then injected with a lethal poison, is now a curator there. As she fights for remembrance and justice, she wonders: "How can a human being be part of this machinery of exterminating people?"
FULL SYNOPSIS
TRANSCRIPT