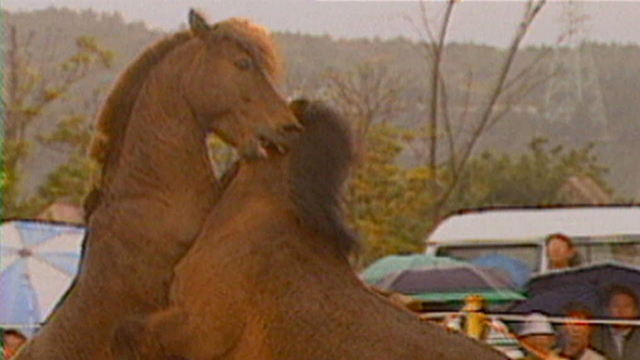 A fighting ring, a mare on heat and two stallions fighting to the death. It’s the new and popular South Korean sport of horse fighting.

On an island where horses are usually traded for meat and medicine few are sentimental about watching the proud animals fight. Promoter Kim Byong denies the sport is cruel "Horsefighting simply brings out that basic instinct in an animal," he says. In the midst of the cheering crowd the stallions rear and kick to win the mare. They are awarded marks for the number of bites and kicks they land on their opponent. Weaker horses are occasionally killed. The organisers are hoping the sport will catch on with tourists. And if the spectacle of the fighting fails to draw them there's always the celebratory horsemeat barbecue to follow. Produced by ABC Australia
FULL SYNOPSIS
TRANSCRIPT