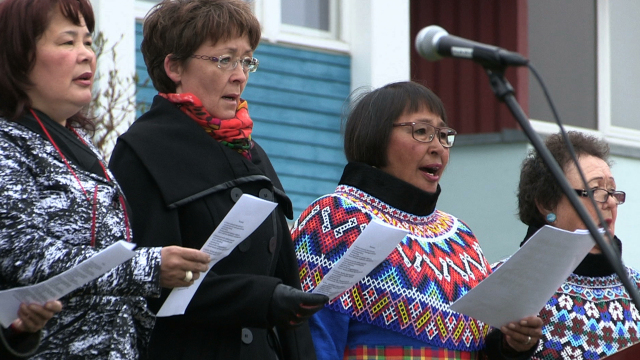 The Greenlandic village of Narsaq boasts one of the world's largest deposits of rare earth elements. With enough ore to mine for over 100 years, could this industrial El Dorado be the country's key to independence?

"It's the future for the industrial development of the world." Ib Laursen, Operations Manager for Greenland Minerals and Energy, is in little doubt about the place of resource industries in the country's economic advancement. With more than 950 million tonnes of valuable ore cached within the mountainside, and 30 international firms jostling for position in the queue for access, Narsaq is sitting on a goldmine. But not everybody shares the optimism. "We need professional fishermen. Rocks don't breed, and when there are none left, then what will we do?" Isaac is one of only three fishermen still active in the region. His anxiety is echoed in parts of the community, concerned that mining could destroy the environment and traditional ways of life. But as Greenland seeks greater financial autonomy from Denmark, could such resistance be at the cost of independence? "If they don't open it up, Narsaq will soon become a village for the elderly."
FULL SYNOPSIS
TRANSCRIPT