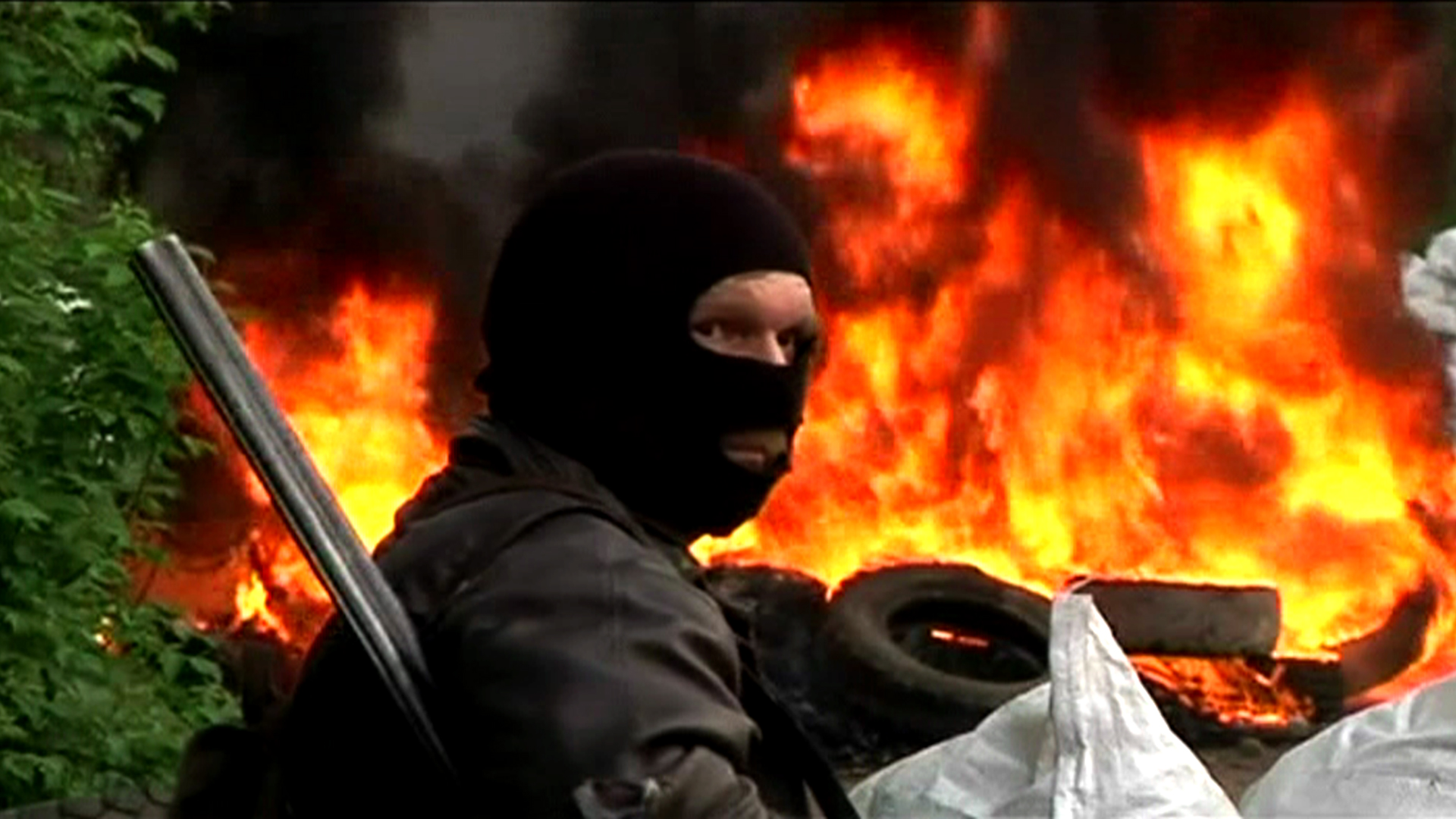 The Ukrainian province of Donetsk is the new battleground in the country's ongoing stand-off between East and West. With the government losing its grasp, and the military fighting for control, the unrest is turning increasingly deadly.

"Isn't it Fascism when they just grab living people?" Outside a training base for the Ukrainian National Guard, a pro-Russian separatist accuses the troops within of kidnapping 11 people from a nearby opposition checkpoint. Such events are becoming increasingly common in this chaotic part of the country, amid mounting fears that Russian forces are poised to invade. For many, however, this would be a welcome intervention. "The Russians have a clear plan to improve people's quality of life", says Oksana Yatsenko. "We've had nothing like that for at least five years now." Her father, Gennady, does not agree. But for him, and others like him who uphold the sovereignty of the state, simply leaving the house is exposure to a potential attack. In the wake of 42 pro-Russian deaths in the city of Odessa, and bloodthirsty calls for retribution, what is the next step in this escalating crisis? Produced by Dateline, SBS Australia
FULL SYNOPSIS
TRANSCRIPT