The Coach that made History

How Hitler avenged the Versailles treaty 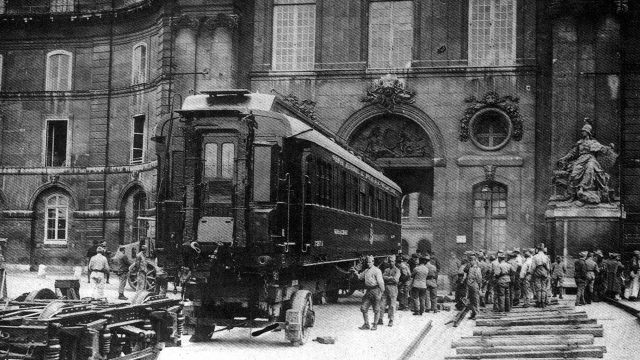 One railway carriage has been the setting for two of the most humiliating political events of the twentieth century. This is a tale of two armistices, pride, power, and dining car No. 2419D.

In November 1918, aboard a train in the forest of Compiegne, a French general made a mockery of the German High Command as they sued for peace. It was an insult that would fester in the mind of a young German solider, laying blinded at the time, in an army hospital 700 miles away. Twenty two years later, that soldier would take his revenge - in the same railway carriage, at the self-same spot, in the dark forest of Compiegne. That soldier, now leader and supreme warlord of a resurgent German Reich, was Adolf Hitler. Tracing the story of the wooden coach that became an emblem of national chagrin, this fascinating short profiles the characters involved in these fateful meetings, and takes a closer look at the potent symbolism that underpinned them.
FULL SYNOPSIS
TRANSCRIPT